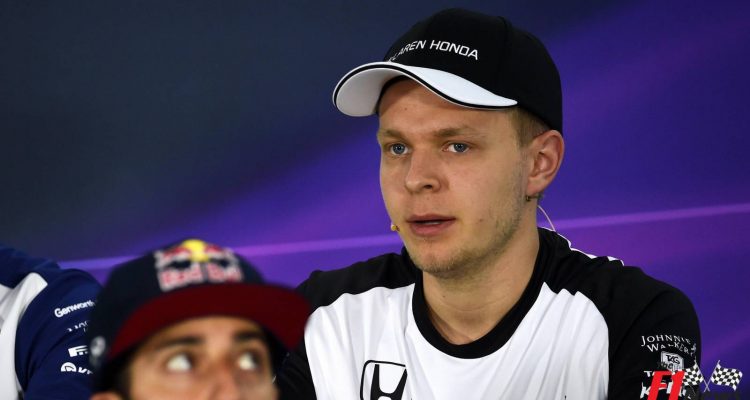 After a single year of racing, and then serving as reserve for most of 2015, the 23-year-old Dane has been ousted by McLaren. “He came in and they (McLaren) ruined his career, unfortunately,” current Force India star Sergio Perez – another driver discharged prematurely by McLaren two years ago – told the Telegraph.

Magnussen is now attempting to rebuild his motor racing career at Le Mans, where he will shortly test Porsche’s leading LMP1 prototype car.

But Gene Haas, founder of the new American F1 team, says Magnussen was under consideration for the “primary seat” at Haas for 2016. “He was very well respected by the McLaren team,” he told F1’s official website. “In fact if Romain (Grosjean) had declined we would have taken Magnussen as the primary seat.”

It is believed continuing Force India driver Nico Hulkenberg was another candidate who had detailed talks with Haas, the team who last week completed its first driver lineup with Ferrari reserve Esteban Gutierrez.