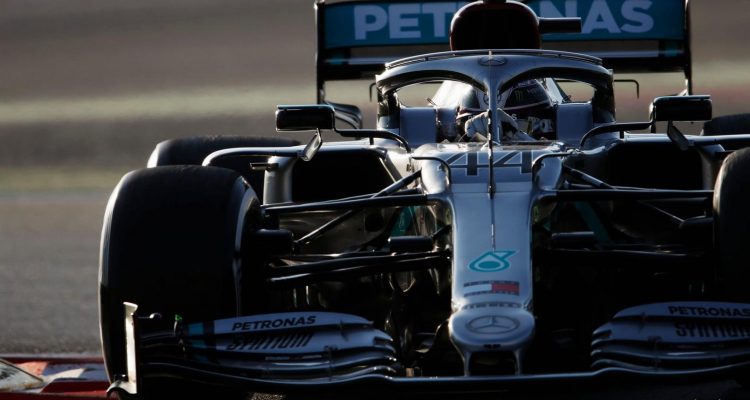 When images of the drivers adjusting the ‘toe’ of the front wheels by pushing and pulling on the steering wheel emerged last week in Barcelona, it caused a major stir.  But ‘DAS’ – standing for duel-axis steering – appears fully legal.

“I don’t think our team would begin to develop anything that it believed the FIA would ban,” said Valtteri Bottas, who revealed that Mercedes actually started working on it a year ago.

Many agree that the wording of the 2020 rules doesn’t prohibit such a system, but Red Bull’s Dr Helmut Marko thinks it is illegal. And Red Bull designer Adrian Newey does not buy the argument that the system is mainly about heating or cooling the tyres. “There must be aerodynamic reasons,” he told Auto Motor und Sport. “And I find it difficult to see how that would be legal. “The driver isn’t steering the car when he pushes or pulls the steering wheel.”

For 2021, the innovation will have to be scrapped, as the wording of next year’s regulations make clear that all a steering wheel can do is be turned left or right. With kiwicasinos.io you can take your chances alongside the new Mercedes system.

Ferrari boss Mattia Binotto said it could take half the season for rival teams to copy Mercedes’ system. “I’m pretty sure that they (the FIA) have already done the right decision, or they will do it. But I completely trust what the FIA will judge,” he said.

It appears the FIA also thinks the system is safe. Bottas said using it “doesn’t feel that weird at all”, and Lewis Hamilton made similar remarks last week.

Even Mercedes boss Toto Wolff has tried it in the simulator and said: “I was surprised by how easy it is. “It’s an unnatural movement, but the movement is small and you only do it on the straight.” And if you are a betting person you can increase your wins as the current world champions are trying to do with https://www.bestaubettingsites.com/.

A source at the FIA said there are no concerns about the strength of the steering column in crashes, and Pirelli denied that adjusting the ‘toe-in’ and ‘toe-out’ whilst in motion does not compromise the safety of the tyres. “We analysed the tyres of all the teams during the tests and did not find anything strange on the ones used by Mercedes,” said Pirelli boss Mario Isola.