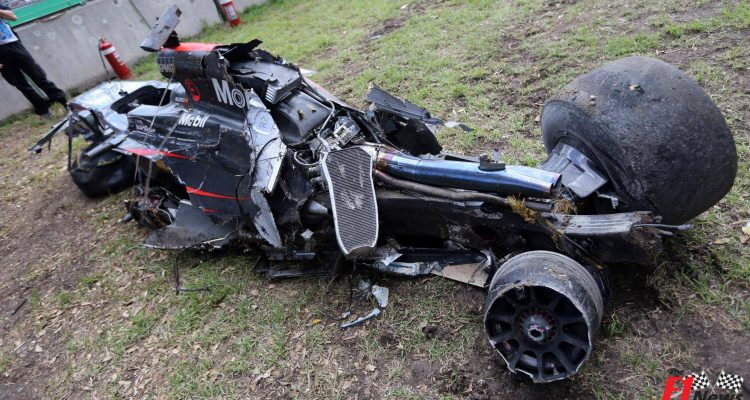 Marca, a Spanish sports daily, estimated the damage caused by the shattered carbon-fibre and other disposable components at EUR 300,000, after Alonso barrel-rolled through the gravel after a 300kph impact with Esteban Gutierrez.

But the report said the only real damage to the actual chassis was the mounting points of the suspension, meaning it could return to service later this season.

“The engine and gearbox were also spared,” added Marca, which is good news for Alonso amid the tight long-life restrictions on those components.

“Those sort of serious racing accidents, you do expect the driver to walk away,” he told the Times. “That wouldn’t have been the case 20 years ago.

“It was quite an impressive crash,” added Mosley. “I am very much in favour of the halo. Eventually they will come up with a solution. It’s the sort of thing that ought to be done.”

Meanwhile, Italy’s Autosprint reports that the engine aboard Kimi Raikkonen’s flaming Ferrari last Sunday has apparently also survived, as it was reportedly a turbo overheating problem.

“If we had seen on the telemetry that it was a problem with the power unit,” confirmed team boss Maurizio Arrivabene, “we would have asked Kimi to immediately turn it off rather than have him return to the box.”