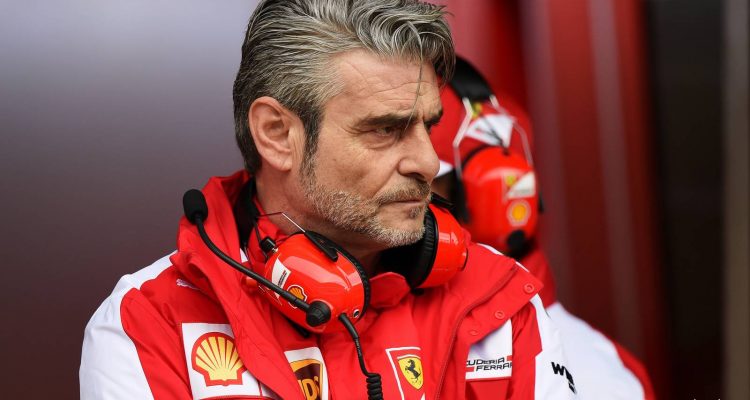 Arrivabene believes McLaren will be more competitive in 2016

As the iconic partnership reunited this year, McLaren-Honda endured a nightmare campaign and finished the championship ahead only of backmarker Manor.

Team supremo Ron Dennis says those in the Woking factory will be working hard this winter.

“Put it this way: if you visit the McLaren Technology Centre on a Saturday or a Sunday this winter, you won’t find many free car parking spaces!” he told F1’s official website.

But Dennis said he was not at all surprised that Honda struggled on its return to F1 this year after a seven-year absence, because “that’s what formula one is like”.

McLaren, however, will continue to go it alone with the Japanese carmaker in 2016.

That is despite talks with Red Bull about a second Honda engine supply, with team official Dr Helmut Marko telling Servus TV that “Honda offered us engines for EUR 35 million per year”.

Dennis vetoed the deal, and respected F1 journalist Alan Henry said he has heard that the McLaren-Honda union is on track for a big step forward in 2016.

“I hear positive noises from the folk at Woking,” he wrote in a McLaren blog, “but perhaps the most telling piece of evidence is just how keen Red Bull Racing was to get its hands on a Honda supply.

“I’m told that team boss Christian Horner was impressed by what he’d learned about ongoing development, and he clearly believed that it was a route worth pursuing.”

Henry also said that throughout Honda’s long history in F1, the manufacturer always takes “time to get up to speed”.

The question now is how much time the new McLaren-Honda partnership will need.

“There will be no surprises for next year,” said Ferrari’s Arrivabene, “because the rules are stable. But for sure we will see a more competitive McLaren because Honda is not someone to underestimate.

“I think it will definitely be a much more interesting championship than the one just concluded.”

Another positive sign is that, amid all the talk about potentially tearing up the current rules, Honda apparently spoke up to defend F1’s new ‘power unit’ era recently.

“Usually, Honda is very quiet in the meetings,” revealed Arrivabene, “but at the last one, they made clear that they’re back in formula one to work on the hybrid.

“So I think that any change in the regulations that would go against what we have now, we would find them (Honda) opposed,” he added.