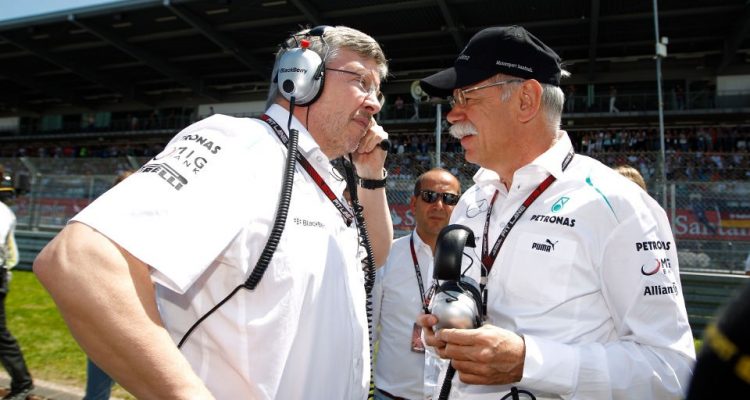 Brawn confirms that Lowe came in as his replacement

Ross Brawn has admitted Paddy Lowe is shaping up to replace him at the helm of Mercedes GP. 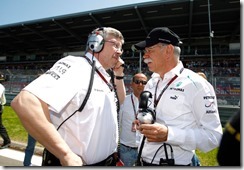 “Yes, there’s been a lot of speculation,” Brawn told the German newspaper Die Welt. He insisted, however, that no one should be surprised Mercedes made a move for Lowe, given his solid work for McLaren over the past two decades. “However,” Brawn admitted, “the plan was designed more for the future. “The idea was that my role in the team would change with time and Paddy would then take on more responsibility. “But now he’s here early and we need to rethink our original plans. “At the moment Paddy helps wherever he can,” he said.

Lowe himself has been notably quiet on the subject, although it is known he definitely expects to lead the Brackley based team eventually. Brawn said: “I am responsible, Paddy works for me, but at some point in the future it will change. “I don’t know when. I’m already looking forward to the new season, 2014 will be a very exciting year with completely new technology. “Mercedes will be in good shape obviously and it will be great fun.” Pressed to reveal the timeline, Brawn insisted: “I will work with Paddy for the next six months, maybe longer.

When the transition occurs, it will be a soft handover.” But Brawn might not step back completely. “I don’t know what role I’ll have in the long term. There are various options,” he said. “I like the team, and the people.”