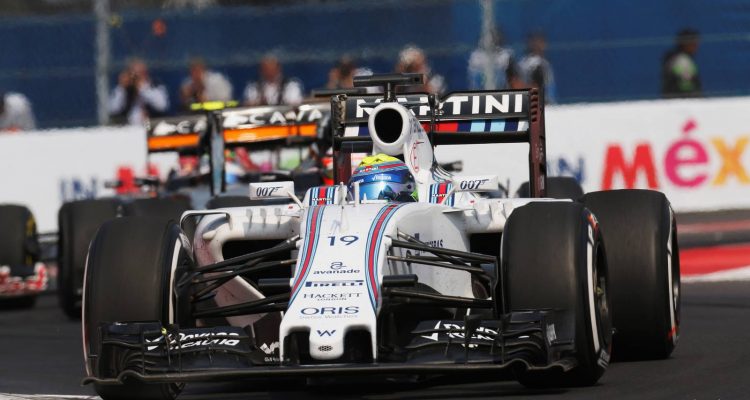 Felipe Massa has expressed some disappointment with the renovations made to the Interlagos circuit for 2015.

With arguably the most cramped and outdated facilities on the entire calendar, the venue in Sao Paulo has expanded the paddock and inaugurated a new team hospitality building for this year.

A new pit and paddock complex is expected for 2016, but Lewis Hamilton said what has already been done means teams can now at least take sponsor representatives to the Brazilian grand prix. “I’ve been here nine years now and it’s a big difference,” he said.

Home town hero Massa, however, is less impressed. “I think the idea is good to give more room for everybody,” the Williams driver told local media. “It was needed. Now they just have to finish the work! “Unfortunately, this is not new for us (Brazil) — it looks like a house that they’ve started to build but not finished it,” Massa added. “I think the mentality of Brazil is sometimes to deliver things before they are ready.”

Bernie Ecclestone said last week the teams will be happier they now have more space, but Massa revealed: “My little room has not changed. After myself and (manager) Nicolas (Todt) are in there is no space for anything else. “The paddock is two or three metres bigger so that people can walk without bumping into each other, so it is better than it was before. I just think it could have been a little more attractive to show the people,” he added.

Another Brazilian, Sauber driver Felipe Nasr, agreed: “It seems that the paddock is not finished, which I find a bit odd. And my room even has a leak, so I need a bucket!”