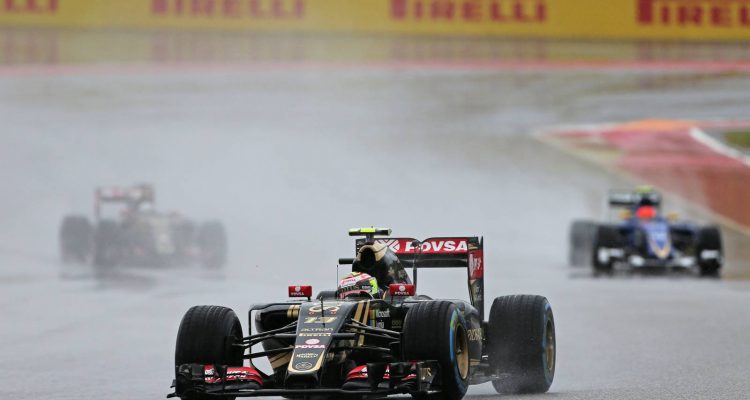 As a U-turn on the Red Bull-Renault alliance now appears possible, it could be Lotus that is the team left without an engine to fire.

At one point, the Enstone team looked to have not one but two ‘power units’ for 2016: an existing contract with Mercedes, and an incoming Renault as the French carmaker completes its buyout negotiations. In the meantime, Mercedes has switched its focus from Lotus to Manor, declaring that it does not have the capacity to add a fifth team next year. And the ‘Will Renault buy Lotus?’ saga races on.

Renault has signed its famous ‘letter of intent’, but Bernie Ecclestone admitted in Austin: “They have not taken a decision yet.” And he suggested Carlos Ghosn, the Renault CEO, is not prepared to say yes or no until December, by which time it could be too late for any side to act upon that decision.

So it seems that Lotus is laying the asphalt for two roads: one with Renault, and one without. “We are trying to plot a course through the turbulent times we’re in at the moment, the best way that we can,” admitted Lotus CEO Matthew Carter.

A big hint that Lotus perhaps expects the Renault deal to fall through is the now-confirmed full driver lineup for 2016. While Pastor Maldonado is a one-time race winner and Jolyon Palmer the 2014 GP2 champion, the pair might also aptly be described as ‘pay drivers’. Sport Bild said Briton Palmer, the son of former F1 driver Dr Jonathan, is bringing no less than EUR 10 million to his 2016 race seat.

Another rumour is that Palmer has already paid the first instalment for 2016, which would explain why Lotus is suddenly no longer locked out of its hospitality areas at flyaway grands prix. But if Renault is planning a fully-fledged works team with a Mercedes-like budget, the now-confirmed driver lineup does not appear to fit.

“With his unparalleled combination of talent, youth and experience, Kevin Magnussen was the obvious choice for Lotus,” said F1 correspondent Peter Nygaard, writing for the Danish newspaper BT. “For most people in the paddock, the decision to go with Palmer is incomprehensible.” It also leaves the new GP2 champion, Stoffel Vandoorne, without a F1 debut, which according to his GP2 boss Frederic Vasseur “is another sign that F1 is more and more about money and less and less about talent”.

Indeed, Palmer-Maldonado makes much more sense in the context that Red Bull and Renault are staying together, and struggling Lotus is being left with its black and gold livery. Ecclestone said: “Lotus has an entry so they can go ahead without Renault. All they need is an engine.”

24-year-old Palmer also admitted in Austin that, although now with a contract under his arm, he is not sure what is going to happen. “I don’t really know inside the minds of the Renault bosses or the shareholders here, whether even if Renault doesn’t happen they’ve something else in their mind,” he is quoted by the Telegraph.