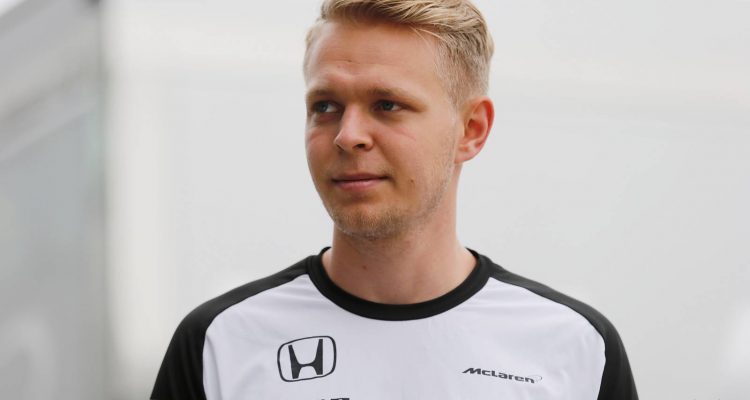 Magnussen still hoping for an F1 seat for 2016

Kevin Magnussen is looking to get his career back on track after being let go by McLaren.

The young Dane, who was dropped by the British team on his 23rd birthday recently, will test Porsche’s Le Mans-winning prototype sports car next month. “I’m really looking forward to it,” Magnussen told Danish television TV2. “It’s a long time since I’ve driven a race car, and this is not a bad one to get to drive.”

Ironically, it is probably Bernie Ecclestone’s controversial F1 calendar for 2016 that has given Magnussen a boost, as Le Mans winner Nico Hulkenberg is not able to defend his title next year due to a clashing date. Magnussen confirmed: “Porsche offered me the test because they might have a vacant seat in their third car. There is no guarantee, but they are looking to get the best possible driver should they need one.”

Also testing the Porsche early next month will be Briton Oliver Turvey and New Zealander Mitch Evans. Asked if it is effectively a shootout, Magnussen said: “It always is when you test alongside other drivers. “I will do my best to be the best one and convince them that I should get the seat.”

Asked if it means he has now abandoned his F1 dream, however, Magnussen insisted: “No. Formula one has been my dream since I was a little boy, and that’s very hard to let go of. “We are still working on the options that are there. There are not many, and I think people know what seats are still vacant. Of course we’re working on them. “But you have to weigh things up and see what is the best for you, which means some tough decisions. But fortunately it’s not a decision I need to take right now,” he said.

Magnussen also said he has no hard feelings about the end of his McLaren adventure, acknowledging that there is simply “no room” for him at Woking. “McLaren have two really good drivers, both world champions, and they want to keep them next year. “And since I said from very early in the season that I am not interested in another contract as test and reserve driver, there is just no room for me in the team. “I want to go and race again next year. I’m not interested in anything other than that. “It is with mixed emotions that I leave McLaren, but I want to race again so much that it overshadows everything else. It’s time to move on.”

But he insisted he would drop everything – including Porsche – for an opportunity to race in F1 next year, with the only vacancies now at Manor, who are reportedly asking for at least $10 million in sponsorship. “There is no deadline about that,” said Magnussen. “The only deadline is really just the first race in Melbourne 2016. “Of course you would like to know as soon as possible, but it’s not always like that in F1, as I know too well.”