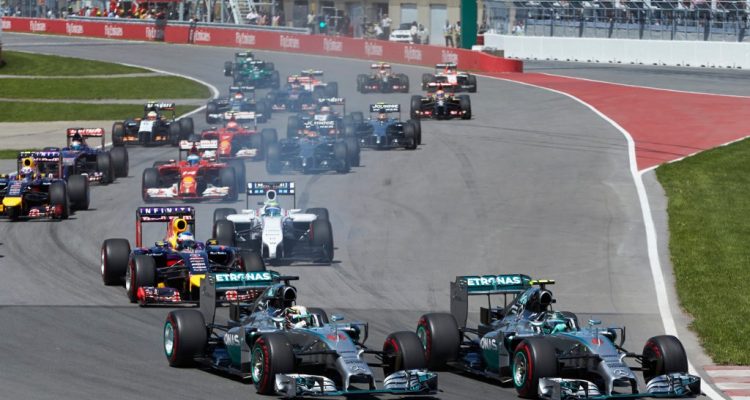 Mercedes already understands the issue that in Canada ended the dominant team’s run of one-two victories. 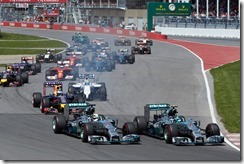 In Montreal, championship leader Nico Rosberg fell to second behind F1’s newest winner Daniel Ricciardo, while the sister W05 of Lewis Hamilton failed to finish. Reports this week said the technical problems with both cars began almost simultaneously, when the energy recovery systems overheated. “We were trying a new cooling system for the first time. It seems the new software went crazy,” team boss Toto Wolff told Bild newspaper earlier this week. On Thursday, at the German team’s Brackley (UK) factory, he indicated that Mercedes engineers now understand what went wrong. “We exceeded certain temperatures, which was a miscalculation,” Wolff told the Austrian news agency APA. “We know exactly what it was. It will not happen again,” he promised.

Wolff said the new cooling system will be used on the silver cars once again when the racing resumes in Austria next weekend. “The cooling itself was not the problem,” he explained. “We only did not have the temperatures on the radar, not assessing them as critical. “Now we know the limits,” added Wolff. Gerhard Berger, a former F1 driver and team manager, thinks that despite reigning world champion Red Bull’s breakthrough win in Canada, Mercedes will continue to dominate in 2014. “I don’t think anyone can seriously challenge Mercedes,” he said, “except when they have technical problems.”

As for the silver title duel between Hamilton and Rosberg, dubbed by the German-language media as ‘Star Wars’, Berger said it will continue to be a tight battle. “Lewis is probably the fastest driver in formula one at the moment,” said the 54-year-old Austrian. “But I also count on Nico for his better consistency, his intelligence and his more detailed work,” added Berger.