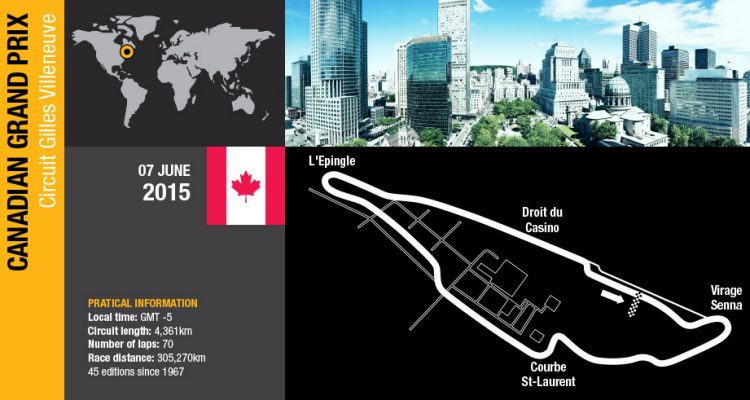 Montreal is one of the circuits where accurate, smooth power delivery is crucial. The straights are long so the driver needs strong acceleration, ideally reaching top speed towards the end of the straight. The corners are tight and low speed, so the driver needs the power quickly to flick the car in and out of the chicanes, but smoothly through the hairpins. Giving the driver the power when he needs it is one of the key challenges of the weekend and we have worked particularly hard with the teams to develop engine maps and settings to this end.

The Circuit Gilles-Villeneuve also puts the internals under intense pressure. Over half of the track is taken at full throttle, with two long straights, and the heavy braking points at the end of those straights put the ICE under extreme load. Even the energy recovery systems will feel the pressure in Canada with the numerous heavy braking points and straights, so overall it’s a very difficult race to get right.

We are realistic ahead of this race. We’ve put in a great deal of work on reliability and have improved our record in the last two races, but we know that Montreal will be tough for us performance-wise. Knowing that power is critical, we have to try to repeat our Monaco approach, which was to optimize each sector individually. Unlike Monaco, however, we also need to assess the right drag/downforce compromise to allow good performance in qualifying and the race. We are getting there, and hope we can be closer yet again in Montreal.

Montreal is the toughest challenge of the year so far for the Power Units. The long straights demand maximum power for just over 60% of the lap.

Top speed down the straight will be in excess of 330kph, the highest speed seen this year so far. Barcelona was comparable but Montreal just tips the balance since the aero package for the circuit is generally geared to lower downforce settings.

The longest straight on the circuit is the Droit du Casino at 1,064m.

The hairpins at Turn 10 and Turn 2, plus the chicane leading into the Wall of Champions, are extremely heavy braking points. Engine braking as well as literal braking is necessary to slow the car to a low of 60kph.

Sector two is relatively start stop, with the chicane of Turns 6 and 7 and the flick of 8 and 9. Drivers will try to clip the kerbs in this section to shorten the length so the engine needs to be extremely responsive under braking and on the apexes. Cornering speeds range between 120 and 170kph.

Rain is a common occurrence in Canada at this time of year. This can make ICE driveability even more demanding.

Nine of the 10 corners are taken at less than 150kph, but each of them is quickly followed by a stab on the throttle. This rapid braking-acceleration sequence calls for accurate power delivery and good turbo response.

Low rev settings also require stable power delivery. The first corner is particularly demanding in this respect. It is the start of a spoon-profiled corner where engine revs will drop to approx. 7,000rpm for the five seconds of braking through this turn, the longest consistently low turbo speed setting of the lap.

The hairpin is the arguably the most demanding corner on the circuit for turbo response. Any lag on the exit of this corner will penalise the top speed down the longest straight of the circuit that follows the turn.

The MGU-K has some good opportunity to recharge the battery with the heavy braking points. The heaviest spot is the hairpin with the cars braking from 290kph to just 60kph on the apex.

The second heaviest braking point is Turn 1-2, which cars approach at over 300kph and brake to 70kph, working down through the gears to scrub off speed for a clean entry.

Between these two corners, some 25% of the energy permitted per lap is recovered.

However there aren’t enough braking points on the circuit to allow the K to recover the full FIA allowable amount. This, along with the high fuel consumption at this track, makes for a delicate balancing act during the race to deploy the energy when needed.

Montreal’s demands on the MGU-H are the polar opposite of those of Monaco. In Monte Carlo the MGU-H was barely used; in Montreal the duty cycle is extreme.

The straight from Turn 10 to the Wall of Champions provides some 13secs of wide open throttle and therefore chance to recover exhaust energy, the pit straight adds another 8secs and then the 1,200m straight from Turn 7 to 10 is only interrupted by a quick tap of the brakes and flick right-left.

Montreal has the shortest overall lap time of the season. It takes just 75 seconds on average for the cars to round the track, making it the quickest single lap time of the year.

The Circuit Gilles-Villeneuve has the highest fuel consumption rate per lap due to the heavy braking points and periods of acceleration. It is predicted that consumption will be some 7% over the permitted maximum, so energy recovery and fuel saving becomes critical to be able to finish the race.

The track is flat and exposed, on an island, thus wind strength and direction can have a large influence. Engineers play careful attention to wind direction during sessions as fuel consumption rates will be affected if the wind is very strong. If the car is running into the wind, the time spent at full throttle along the straight is higher, meaning fuel consumption is higher.

The Renault Energy F1 Power Unit scored its first victory at the Canadian Grand Prix last year. Daniel Ricciardo won the race by just over four seconds from Nico Rosberg. It was the Australian’s first career win in F1 and the first win for the Red Bull-Renault partnership that season.

Montreal was also the scene for the first Renault V10 win in 1989. Thierry Boutsen raced the Williams FW12C to victory, the first-ever race win for the Williams-Renault partnership.

The 2014 Canadian Grand Prix was a highlight of the year for the Renault team, with Daniel Ricciardo sealing the first victory for the all-new turbocharged V6 Power Unit. It may have been an opportunistic win, but as Ricciardo’s engine engineer, David Mart, explains, nothing comes by luck alone.

‘We had qualified in sixth position, which we thought was reasonable, but weren’t expecting too much from there, especially given the advantage that the Mercedes’ seemed to have at the start of the weekend. It was looking like a typical race, maybe going for a podium if circumstances allowed, as we had done in the two previous races with Daniel. We just started aiming to get the best out of the car and the strategy.

‘The race got underway and Daniel did a reasonable start, keeping the same position and from there we got stuck in. The Mercs were ahead and managed to carve out a gap to the rest, and Sebastian [Vettel] was also ahead. But then we heard on the radio and saw on the screens that the two Mercedes had started to have some issues and lost some speed.

‘At this point the strategy didn’t change, but we knew that in the previous races we had managed to get ourselves into a good position and this could be an opportunity. It definitely gave us hope, especially the driver. We gave some extra push and performance from the engine where we could, particularly around the pit stops to get an advantage.

‘The last few laps were interesting as Daniel was getting closer and closer to the front. We were behind Perez for a few laps, so to get him past we gave Daniel a bit more power on track, turning the engine up in the DRS zones. Daniel managed to overtake and at this point we really thought there was the chance of the win as Rosberg was a slightly easier target. The message went out to Daniel that the guy in front had problems; he heard it and it pushed him to go faster, to dig deep.

‘He got past, but then there was a big crash between Perez and Massa and the race finished under the safety car. We took the chequered flag and that was it – the first win. Daniel’s first comment was about the other drivers, though, he wanted to know if they were OK.

‘We all knew that there was some luck involved, but the win had come after a run of a few races where we had been edging closer. The podium in Barcelona had given us momentum and everyone was pushing to go better and better.

‘We had had a good race weekend with Daniel, and everyone at the track and factory had contributed to put us in that position. It was not something we had stolen; we had worked hard to be there. But more than that, it spurred us to more. Once Daniel got the win under his belt he knew what he was capable of and he just got better and better over the year.’ 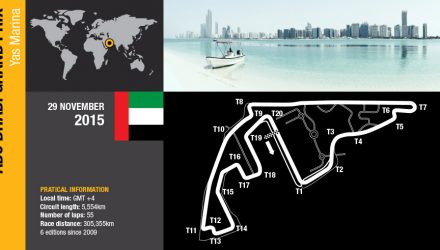