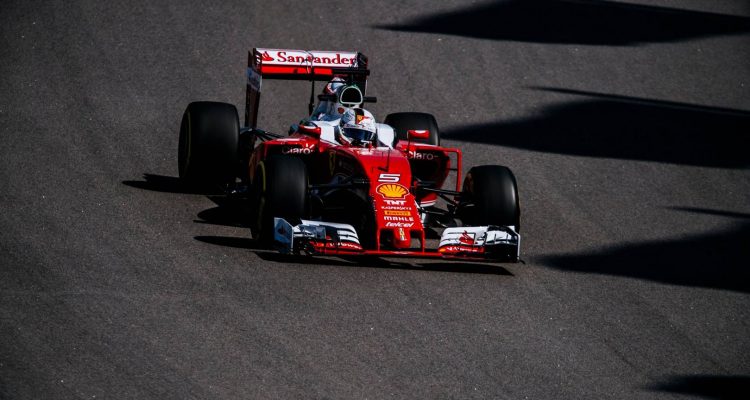 Sebastian Vettel has had a troubled weekend so far in Russia.

After early-season reliability trouble and then a controversial clash with teammate Kimi Raikkonen in China, the German then struck more reliability problems on Friday in Russia.

And a changed gearbox means he will serve a five-position demotion on the Sochi grid.

According to Italy’s La Repubblica, boss Maurizio Arrivabene had warned before Russia that Ferrari had deliberately entered dangerous ground for 2016 in a bid to catch the pace of dominant Mercedes.

“When you’re behind, the way to recover is to push like crazy,” the Italian is quoted as saying.

“And to push like crazy you need performance before reliability. So this winter we said: we are aiming for speed and then we will look for reliability.”

La Gazzetta dello Sport, however, claims Ferrari has confirmed in Russia that the damage to Vettel’s gearbox may actually be traced back to the first-corner clash two weeks ago.

It probably means one rival less for runaway championship rival Nico Rosberg to worry about this weekend.

Some, however, believe it would be foolish to also write off Mercedes’ reigning champion Lewis Hamilton, even though teammate Rosberg is aiming for a seventh straight win on Sunday.

“A lot of people say Lewis Hamilton’s poor races are a result of his extravagant lifestyle, but I think that’s taking the easy route,” said Jos, who is Toro Rosso star Max Verstappen’s father.

“To me he still looks very focussed. And you have to be honest, luck wasn’t on his side in the last few races. It could change at any moment.

“Who knows, he could win the next five races,” Verstappen wrote in his De Telegraaf column.