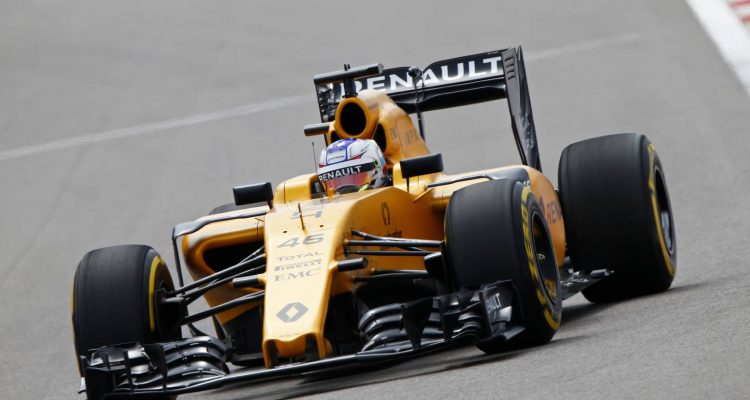 Sirotkin will get more Friday outings

Sochi was not a one-off Friday morning appearance for Sergey Sirotkin.

That is the claim of the young Russian’s manager after Sirotkin impressed in front of his home crowd to go faster than Renault regular Jolyon Palmer.

New tester Sirotkin, 20, and his backers SMP Racing have inked a deal with Renault that meant he took over Kevin Magnussen’s cockpit during Friday practice in Russia.

“Sergey was third in the GP2 series last year, and this is where the formula one teams look for their young drivers,” Gianpaolo Matteucci, Sirotkin’s manager, told Ria Novosti news agency.

“This season, he aims to improve this achievement in GP2. Then he will have at least one more (F1) free practice – the team decides where it will be – but it will not be a round where there is a GP2 support race,” he revealed.

“Besides this, Sergey will participate in the Silverstone tests in the summer,” Matteucci added.

“Now we understand that Sergey can drive in formula one. If all goes well, he will have the opportunity to become a race driver, but it all depends on the team,” he said.

Renault boss Frederic Vasseur, however, said it is too early to be thinking about the team’s driver lineup for 2017.

“No, no, there is no hurry,” he is quoted by Russia’s Championat.

“Yes, he (Sirotkin) did his job well today, and I know that Sergey is fast and able to cope with pressure, but there are many things for us to do now and it’s too early for the question about drivers,” Vasseur added.