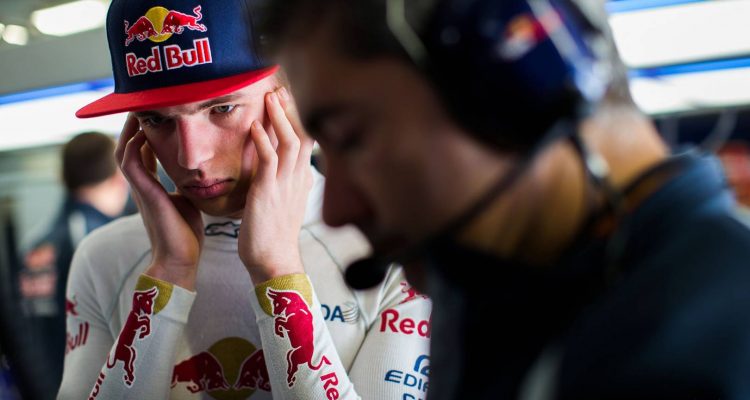 The Max Verstappen camp is not denying speculation the Dutchman looks set to graduate from Toro Rosso to the main Red Bull team for 2017.

Amid rumours Red Bull must complete the promotion in order to hang on to the 18-year-old contractually, Dr Helmut Marko recently hinted that Verstappen is so good that a third season at the junior team seems unlikely.

Marko hit reverse on those comments in Sochi, but not before Verstappen and his entourage were asked about it by the media.

“But I have always said that next year I want be scoring more points and podium finishes.

“I have read the comment by Helmut Marko,” Verstappen added. “I know he is happy with me — very happy even.”

Max’s manager, Raymond Vermeulen, suggested that if the youngster does step up into Red Bull Racing for 2017, it would be a logical step in his career.

“We plan Max’s career in good dialogue with Helmut Marko, with Red Bull in the lead,” he said.

“We are very pleased that we are part of the (Red Bull) programme. I’m not going to comment on contracts, but it is clear that we are talking about how everything is going so far.

“The best part is that Max is still growing — we still have not seen everything that he has to offer,” Vermeulen added.

Max’s ever-present father Jos said that his son just has to keep going as he has been, and “everything will be fine”.

As for Marko’s comments, “That’s a nice compliment for Max,” Jos said.

“After all, it is because of him we are now at Toro Rosso. And Helmut is someone with a racing heart,” he added.

Finally, Toro Rosso chief Franz Tost commented: “If Red Bull decides that Max will move up, then he will move up.”

If that does happen, it will almost certainly be Daniil Kvyat who is relegated in the Red Bull hierarchy, even though the young Russian is on form.

“It would be great to have a Russian as a champion,” Bernie Ecclestone told Ria Novosti news agency in Sochi, when asked about Kvyat’s progress.

“I am very happy with how things are going with Daniil, he does a good job. This year he will not be champion but I see no reason why he can’t be some day,” the F1 supremo added.