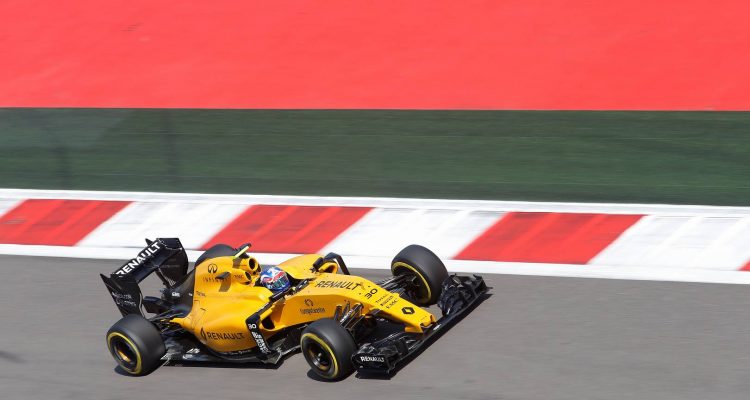 Palmer unhappy with his chassis

Jolyon Palmer is beginning to suspect a chassis problem may be behind his recent struggle to match his Renault teammates’ pace in 2016.

After a solid F1 race debut in Melbourne, the British rookie struggled notably in China – finishing dead last – and he says those troubles have carried over into Russia.

“I am having the same problems,” he said after Friday practice, where in the morning session he was even soundly beaten by new team test driver Sergey Sirotkin.

“You go into a corner and don’t know how the car is going to react. It’s the same situation as in China, which went on all weekend — I don’t feel confident in the car because the balance is constantly changing,” he added.

Palmer said that after an unpleasant Chinese GP debrief, Renault identified some potential avenues including trying the old Melbourne setup, “but nothing has changed”.

Interestingly, a similar situation has taken place at Sauber early this season, when Felipe Nasr complained constantly about the handling of his chassis until the Swiss team gave him a new monocoque to use in Russia.

“It was interesting,” Palmer agreed, “because no one could understand what happened with Felipe as he’s a great driver. But today (Friday) it looks like he’s back to his old level.”

Indeed, the chassis switch seems to have worked for Nasr, with the Brazilian confirming to Globo: “The balance is normal again. I feel like I’m back to the level of the Barcelona tests.”

“I have quite a lot of experience, I know this track and the car. I don’t think I’m doing something wrong,” he explained.