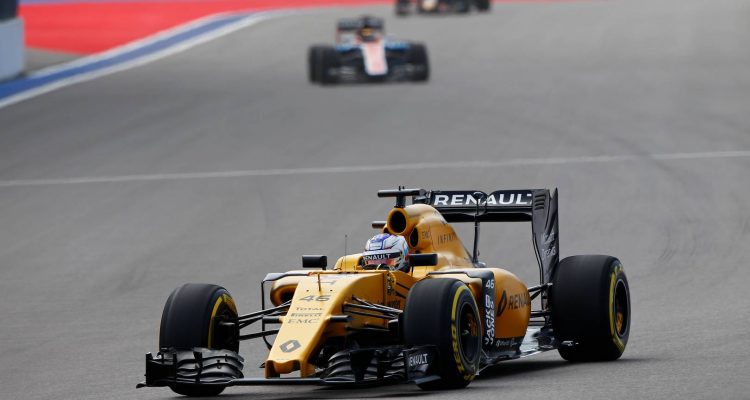 Sergey Sirotkin made a good first impression as he ran in morning practice in Russia.

The Russian, in Kevin Magnussen’s car, was a full 0.8 tenths faster than Renault regular Jolyon Palmer.

“Yes, I surprised myself because eight tenths in formula one terms is really a lot,” Sirotkin said. “At the same time we were using a similar amount of fuel. But I did not set it (beating Palmer) as a goal. I cannot say it was the best lap of my life,” he added.

Indeed, Sirotkin said his real goal for 2016 is winning the GP2 title, which he says will be a better springboard into a full F1 seat.

“My top priority is the GP2 title,” the 20-year-old said. “Of course, all the drivers dream of formula one, and I am no different, but first let’s see what the result of this season is.”

“It is always difficult to assess the performance of the drivers in the first practice session,” he said. “We must remember that the two cars may have different fuel levels, engine maps, and so on. And I told him before the session that the car should be ready for Kevin in the second session, and Sochi is a difficult track.

“But to be honest, Sergey worked very well,” the Frenchman added.