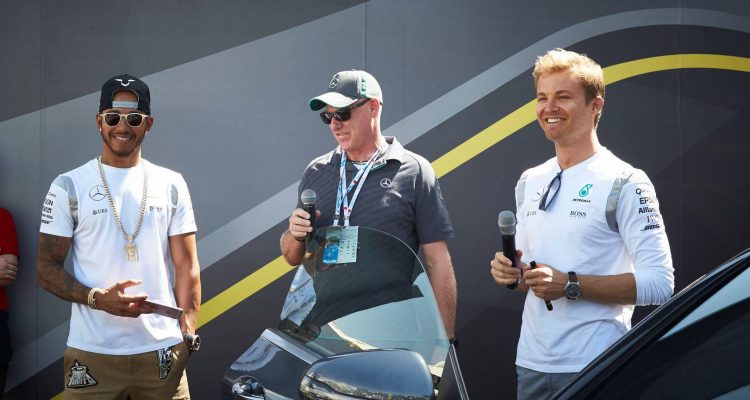 As Nico Rosberg celebrated his third consecutive Grand Prix victory in Shanghai last week, he would have been forgiven for feeling a bit giddy over the Drivers’ Championship Table.

Rosberg sits a daunting 36 points ahead of his Mercedes team-mate Lewis Hamilton, a cushion that some think could be insurmountable for the Englishman. Although the season feels like it has only just begun, 36 points is a hefty margin. It allows Rosberg the luxury of a non-finish in one of the races, safe in the knowledge that he will still be on top after a mistake. For Hamilton, the start to the season has been patchy at best. Starting at the back of the grid in Shanghai, a 7th placed finish was admirable, but his disappointment at not getting a podium place really showed to highlight the high standards he has set for himself.

This Formula 1 season is set to be the longest ever with 21 Grand Prix, meaning there are still plenty of points up for grabs and the Drivers’ Standings could look very different  come the Abu Dhabi Grand Prix in November. However, you really get the feeling that the Russian Grand Prix (01/05/16) could be pivotal, even at this early stage of the season.

A win for Hamilton and the momentum could shift as he would be right back in the Drivers’ Championship hunt. On the other hand, a win for Rosberg really could land a psychological blow on Hamilton and point to the German running away with the title. If you are interested in F1 Championship betting – check out Formula 1 odds at William Hill.

Is there a twist in the tale to come? Both Red Bull and Ferrari have had consistent, if not spectacular, starts to the season. Red Bull’s Daniel Ricciardo, in particular, has done well and sits just 3 points behind Hamilton in third position in the Drivers’ Standings. If Ricciardo – and team mate Daniel Kyvat can stay in touch with the leaders in the early part of the season then things could get interesting when  Red Bull unveil their new engine.

They expect to use the upgraded Renault engine by the time the Canadian Grand Prix comes around, with the BBC revealing that Red Bull expect to gain nearly 0.5 seconds per lap with the upgrade. There is a lot of racing and a lot of points available between now and Montreal, but with a bit of luck Red Bull and Ricciardo could be still in the mix. Can the same be said for Ferrari? It feels like Raikkonen and Vettel have used their experience to climb up the table, rather than relying on the brilliance of the Ferrari car.

Once again it feels like a transitional season for Ferrari, but the flexibility given to teams on engines changes in 2016 could yet prove telling. How will the rest of F1 season go? Will Red Bull or Ferrari make a move? Or, will it be the Mercedes side show once again with Nico and Lewis as the best of enemies?

Once again it feels like a transitional season for Ferrari, but the flexibility given to teams on engines changes in 2016 could yet prove telling. How will the rest of F1 season go? Will Red Bull or Ferrari make a move? Or, will it be the Mercedes side show once again with Nico and Lewis as the best of enemies?