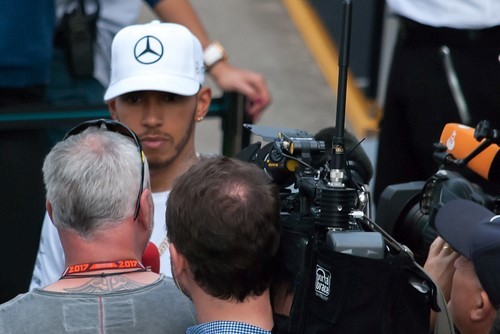 Could Lewis Hamilton & Toto Wolff both be heading to Ferrari in 2021?

Lewis Hamilton has already secured his sixth-world title and will be favorite to make it seven next season. However, the British driver has just one year left on his contract with Mercedes and has already been linked with a move to Ferrari in 2021.

Despite his dominance, Hamilton is entering the final years of his career and will be keen to prove himself outside of his Mercedes comfort zone. A move to Ferrari would give him the opportunity to reinforce his status as an F1 legend by bringing the drivers’ championship back to Maranello. The Prancing Horse last won the title back in 2007 with Kimi Raikonnen.

The main obstacle to his move could be Charles Leclerc, who looks set to be the Italian team’s No. 1 driver for the foreseeable future. The Monagesque driver is the second-favorite behind Hamilton in the F1 betting to win the 2021 championship and is now Ferrari’s prized asset ahead of Sebastien Vettel. But the arrival of Hamilton could throw Leclerc’s situation into doubt.

To complicate matters further, former F1 team boss Eddie Jordan suggested recently that Mercedes boss Toto Wolff could join Hamilton in Italy when his own contract expires at the end of next season. The opportunity to secure the Wolff/Hamilton dream team would be too good to pass up for the Scuderia and could leave Leclerc having to play second fiddle to the Brit or looking for opportunities elsewhere.

With doubts surrounding Mercedes future as a works team, there has been much speculation about what the future hold for Toto Wolff. There has been talk of a role within Liberty Media but like Hamilton, he may feel he still has plenty more to achieve at the sharp end of the sport. 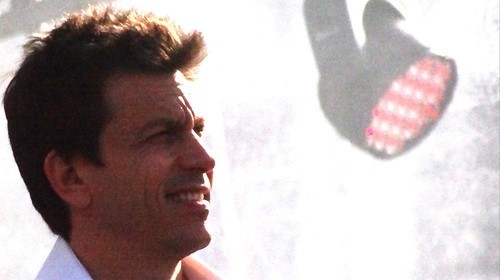 Wolff has not given any indication he is planning to leave but Eddie Jordan has plenty of contacts within the paddock and has been right with some crucial predictions in the past. What’s more, Ferrari is still a big attraction to the sport’s best and brightest talents – despite their recent lack of success. The team, founded by Enzo Ferrari are the oldest and most successful Formula One team and have competed in every world championship since 1950.

In recent years, however, they have become more known for a series of blunders and mishaps that have cost them crucial championship points and left them in the shadows of the Silver Arrows. Landing such an astute tactician and strong leader to work alongside one of the greatest drivers of all time would be a real coup for the team.

Ferrari’s chief executive, Louis Camiller, has already admitted the team have had talks with Hamilton and also suggested they would block any move to install Wolff as CEO of Formula One (as has been rumored) due to a conflict of interests. That could be seen as sending a message to Wolff that he should come and work for them instead.

The situations with both Wolff and Hamilton will provide one of the backstories of the 2021 campaign. 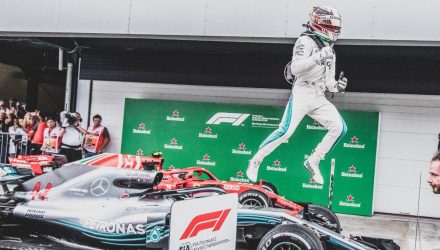 Lewis Hamilton won his fifth Drivers’ Championship crown last season and is ready to mount a charge for his sixth title. Only Michael Schumacher has won more