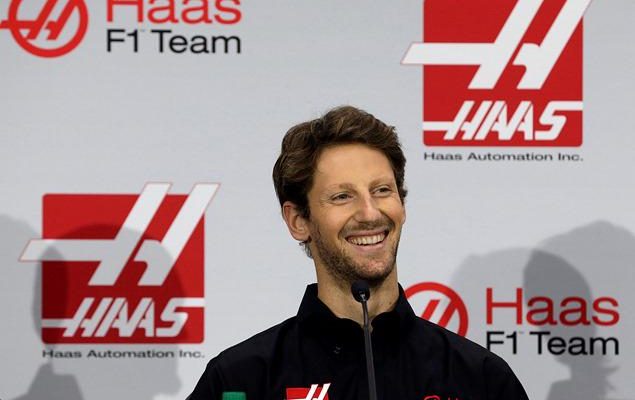 Romain Grosjean was on Tuesday unveiled as the “lead driver” for when the new American team Haas makes its debut in 2016.

The Swiss-born Frenchman will move from Lotus, where he has spent his entire F1 career, dating back to the Enstone based Renault works team in 2009.

“I liked the approach of Gene (Haas) and Gunther (Steiner) because it was different to what another F1 team would do,” Grosjean said at Haas’ Kannapolis base in North Carolina. “Formula one is incredibly competitive and the only way to succeed is by finding new ways of doing things,” the 29-year-old added.

Grosjean is undoubtedly referring to Haas’ close ties with Ferrari, so much so that the new American squad has been likened to a Maranello ‘B’ team. Earlier on Tuesday, Britain’s Sky quoted Grosjean as admitting a future at the works Ferrari team is a “dream”. “For everyone working in motor sport – engineers, mechanics, drivers – it’s a dream team. That red colour is something special,” he said. “It would be good in the future, but there are more steps behind that.”

It is expected that Grosjean’s Haas teammate for 2016 will be Esteban Gutierrez, who is currently the official Ferrari reserve driver.