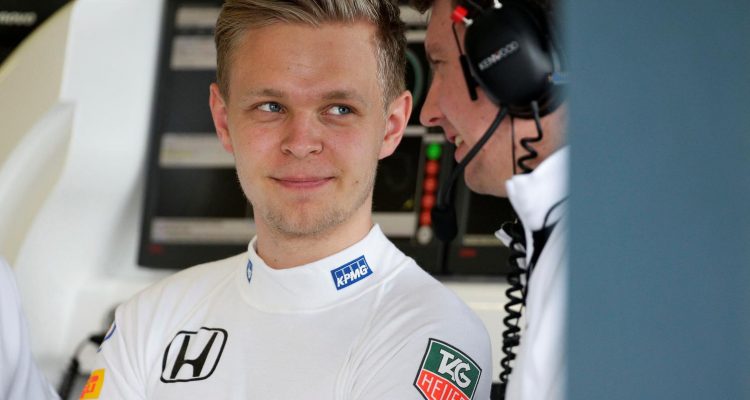 Magnussen linked to Lotus switch for 2016

A Danish bank’s departing chief is not sure Saxo Bank is going to continue as a sponsor of the Lotus team beyond 2015.

Currently, the fate of the entire Enstone team is uncertain, despite Renault having signed a letter signalling its intention to buy the outfit. Amid the uncertainty, Romain Grosjean decided to quit Lotus for 2016 to join Haas, and now the ousted McLaren reserve Kevin Magnussen is linked with the cockpit.

A Lotus drive would tie in nicely for the young Dane, given that Copenhagen-based Saxo Bank has already worked with the black and gold-coloured team. When asked if Saxo Bank had held any talks with Magnussen, however, chief Lars Christensen – who is stepping down from the bank at the end of the year – told the Danish newspaper BT: “Not in depth, no.”

Curiously, however, Saxo Bank has in the last few days decided to stop sponsoring a top Tour de France cycling team ahead of 2016, ramping up speculation it could turn its full attention to F1 instead.

When asked about F1, however, Christensen said: “We are not going to comment before we are ready to announce anything. We have not completed our negotiations for next year.” As for whether a title sponsorship with Lotus or Renault may be on the cards, he insisted: “I cannot say anything at this stage.” And Magnussen’s manager Dorte Riis Madsen commented: “There is no clarification on Kevin’s future yet, but we are working to find a solution.”