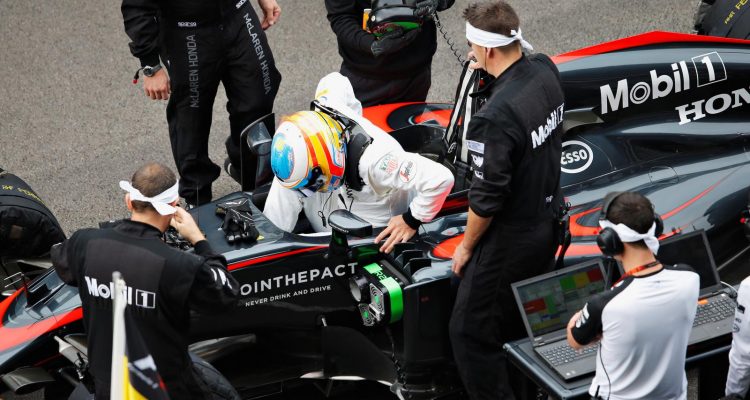 Fernando Alonso has played down the likelihood that he will drive a single race beyond the end of his current McLaren contract.

Amid McLaren-Honda’s abysmal 2015, there have been rumours the Spaniard might take a sabbatical next year, even though he is all signed up for 2016 and 2017.

Alonso rejected that speculation at Sochi last weekend, where he notched up his 250th grand prix start. Only a handful of drivers have ever surpassed that milestone in F1, and Alonso will be tantalisingly close to the nearly-unprecedented tally of 300 races by the time the 2017 season concludes.

Indeed, just ahead of Sunday’s race, Formula One Management published an on-screen message marking Alonso’s 250th race and reminding him that he has “only 50 to go”. But Alonso told Spanish television TV3: “I don’t think I will get to 300 grands prix.” However, he acknowledged that in F1, one should never say never. “When I made my debut in Australia in 2001, I didn’t think I would make it this far,” said the 34-year-old.