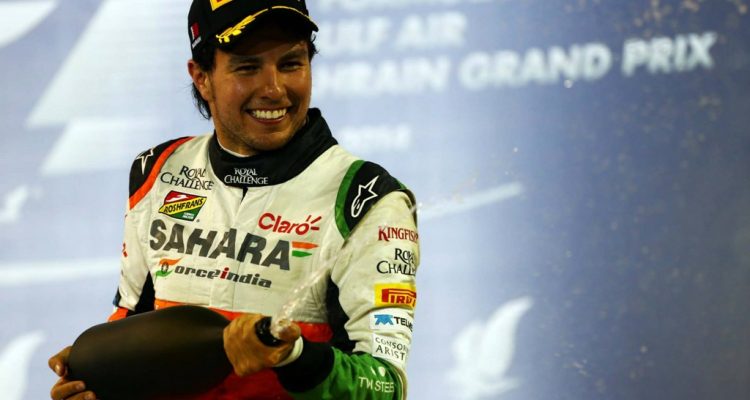 Perez announces himself with Force India

Sergio Perez couldn’t hide delight after securing his first podium finish since making the move to Force India during the off-season. 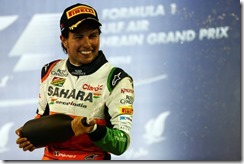 The team, which bought the former Jordan and Spyker team before the 2008 season, had only managed to score one podium in their history – Giancarlo Fisichella’s second place finish in the 2009 Belgian Grand Prix – and this result wasn’t one many Betfair fans saw coming.

While Perez headed into the Bahrain GP on the back of two disappointing showings in the first two races of the season, the Mexican looked back to his best with a stunning drive in one of the most exciting grand prix’s in recent memory and one which had Betfair visitors to-ing and fro-ing throughout the race.

After a dismal season with McLaren last year, Perez knew he had a lot of doubters to prove wrong this year and his drive in Bahrain may have gone some way to winning over his critics, and the 24-year old admitted he will take a huge amount of confidence from his performance.

“This podium is an amazing achievement and one of the most special results in my whole career. It was just an amazing feeling to cross the line. This is a massive confidence boost, especially after the very hard season I had last year, and it was the hardest-fought podium I ever had.”

With Nico Hulkenberg continuing a promising start to the season that sees him third in the drivers’ championship following a fifth place finish in Bahrain, Force India will now head to China second in the constructors’ championship with 44 points. While Betfair still have Force India as rank outsiders for the title, their impressive start to 2014 has certainly given F1 betting fans something to think about after three races.