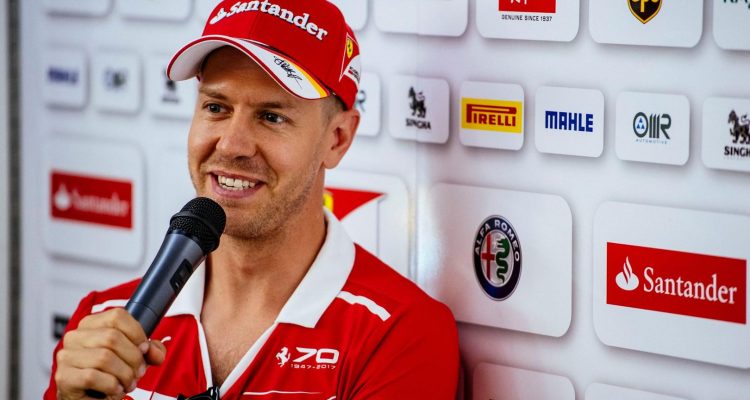 And now, Germany’s Sport Bild said Marchionne wants that 2018 deal to be done before September’s Italian grand prix at Monza.

Team technical chief Binotto said: “Vettel is not only one of our drivers, he is a multi world champion. I think he will stay with us.

“Why? Because there is nothing more beautiful for a formula one driver than to win with the reds,” he told Italy’s La Gazzetta dello Sport.

Binotto said Vettel’s most recent win, in Monaco, was a turning point for the fabled Italian team, which has not won a title for a decade.

“It was 16 years since Ferrari had won in the Principality, so I think victory was a liberation.

“It was a victory that made us realise we have a fast car and we can now compete on par. Or prove to be even stronger than the others,” he added.

As for Vettel staying beyond 2017, former Ferrari driver Jean Alesi joins Binotto in thinking it is likely.

“I know what emotions he has when he wins with the reds,” said the Frenchman.

“He came from a team that had no history even though they won the championship. He realised that Ferrari is worth so much more, through the love of the tifosi and even in the disappointments,” Alesi added.

However, Sport Bild quoted Vettel as saying: “I have decided with my team not to talk about contracts right now, but instead to focus entirely on the title race.”