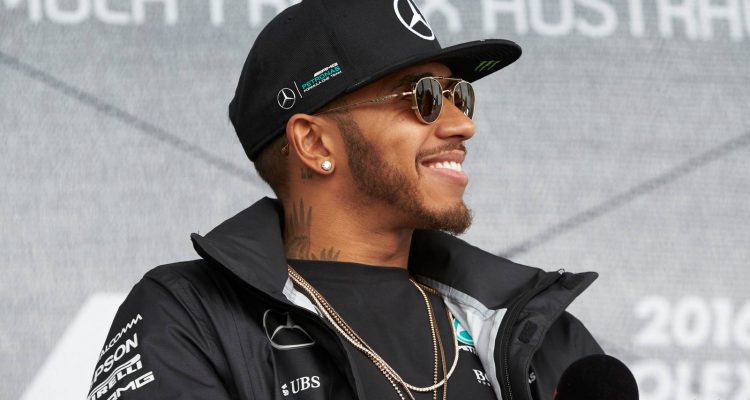 The longer the season, the less important the first race is – Hamilton

“Game on!” declared a smiling world champion Lewis Hamilton after the Australian grand prix, as he finished second behind teammate Nico Rosberg.

The Briton was notably – and oddly – upbeat in the face of defeat to his Mercedes teammate, but Hamilton insisted he has had much worse starts to title campaigns.

“The longer the season, the less important the first race is,” Hamilton is quoted by Bild newspaper at the start of the unprecedentedly-long 21-race calendar.

But Hamilton and Rosberg may also have listened to their boss Toto Wolff, who warned late last year that if the severest of the heat did not go out of their off-track battle, Mercedes may need to consider a new lineup.

Rosberg even apologised for touching Hamilton in the first corner.

But Wolff also promised to ease the restrictions on the pair, telling Welt am Sonntag newspaper: “We will not intervene between them, or at least we will try not to.

“This may actually be helped by the reduced radio communications, which gives greater scope for the drivers to make autonomous decisions,” he added.

Hamilton’s post-Melbourne mood may also be explained by the fact that, following his late-2015 performance dip, he actually set the pace all weekend.

“Rosberg, although he won, will realise that he has to find another couple of tenths,” agrees former F1 driver Robert Doornbos.

“I also expect a lot from Ferrari next weekend in Bahrain with the higher temperatures,” he told Ziggo Sport Totaal.

Indeed, many believe Sebastian Vettel only failed to win on Sunday because of the red flag, and a strategy blunder by Ferrari regarding tyre compound choice.

“I was surprised and glad when I saw Sebastian was on the red (super soft) tyres,” said Rosberg, “and I thought ‘This is my chance’.”

Italy’s Corriere dello Sport surmised: “The wind has turned and Ferrari has made a significant step forward. But the gap to Mercedes is still far from overcome.”

Over the few days of the opening race weekend of 2016, no fewer than three rules were changed.

“Fans are always telling me that they watch less races than ever and don’t follow F1 as closely,” he told Tagesspiegel newspaper.

“They say it is far too complicated, too technical. People like simple things,” added the former McLaren driver.

Even for the experts on the ground, Melbourne 2016 was hard to follow.

‘Musical chairs’ qualifying took place on Saturday and was completely scrapped less than 24 hours later, but world champion Lewis Hamilton thinks the decision to revert to the 2015 format has been taken too hastily.

“We shouldn’t be afraid to take another gamble just because we got this one wrong,” he said.

The rules changed in other areas in Melbourne, too. A ban on drivers discarding helmet tear-offs was promptly delayed at the best of the teams, while a fresh list of communications allowed over the radio was drawn up.

“It’s good that we are at least allowed to discuss strategy,” said Christian Horner, “because formula one is a team sport and the tactical element is very interesting and important.”

But the final words may not yet have been spoken, particularly on the qualifying format. Speed Week pointed out that Ferrari still has its veto, while the latest changes must be rubber-stamped by the F1 Commission and World Motor Sport Council.

And the growing complexity of the so-called ‘radio ban’ is becoming farcical.

“The teams will soon have to write what is allowed and what is not allowed on a roll of toilet paper,” said one paddock wag.

Sebastian Vettel, an avowed F1 ‘purist’, is no fan of the clampdown.

“I think you can argue that we’re here to race, not to play memory games,” said the Ferrari driver.

“I had a bit of an issue in the race with the software, but I don’t think it’s very exciting for the fans when I’m struggling with that when I’m racing,” he added.

And even Toto Wolff admitted Mercedes will have to continue to do its homework about the radio clampdown after Melbourne.

Leader Nico Rosberg, for instance, had a problem with a tyre late in the race, “but we could not tell him”. And on another occasion, Wolff admits: “We were not sure what we could say to the drivers” on the radio.