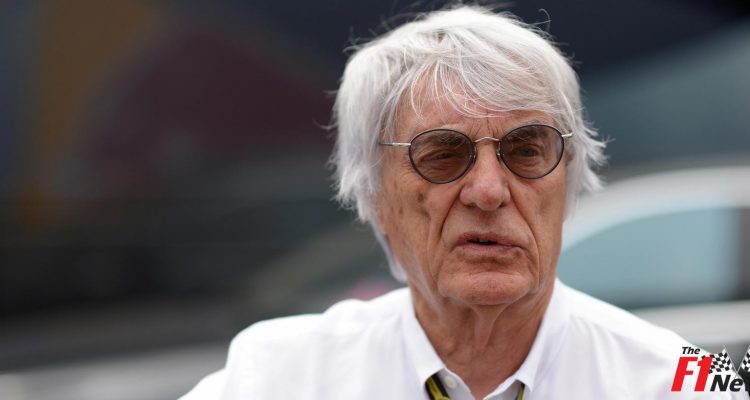 Up and down the pitlane, there is little enthusiasm for Bernie Ecclestone and the FIA’s plan for a ‘client engine’ in formula one.

F1 supremo Ecclestone, who has convinced FIA president Jean Todt to back him, said the current ‘power unit’ era is an existential threat to the sport. “We must introduce this new engine,” he said, referring to apparent plans for a Cosworth or Ilmor-supplied 2.2 litre turbo engine to compete against the current 1.6 litre V6s.

Ecclestone says the problem with the status quo is that small teams are being driven out of business, and Mercedes’ dominance is turning off the fans. “I understand that the manufacturers want to sell their hybrid technology,” he is quoted by Auto Motor und Sport. “But they are the only ones that are profiting. “My job is selling a sport, and all the fans want to see is exciting races. So we need this new engine. If we just keep going, we will not be here in 2020,” Ecclestone warned.

Regarding Ecclestone’s plan, the most enthusiastic team is Red Bull, who have run out of options under the existing 1.6 litre regime and risk being left with no engine at all. “F1 is making sense, finally,” said Dr Helmut Marko, when asked about Ecclestone’s plan. “This is the way back to real racing. We always said that hybrid is the wrong way, but at the time everyone laughed at us.”

Also predictable is the reluctance of manufacturers like Mercedes, who have spent millions on the hybrid formula, benefit from the ‘green’ image, subsidise the costs by selling to customers and dominate the sport from the front. But even the struggling small teams do not sound keen. “If they think they can push this through then why haven’t they done it with a budget cap? Or the ban on A and B engines or making manufacturers supply a minimum number of teams?” said Force India’s Otmar Szafnauer.

And deputy boss Bob Fernley added: “The idea of an independent manufacturer is good, but it’s hard to say anything until we know the details.” Sauber’s Monisha Kaltenborn, meanwhile, thinks F1 is already on the right road with the ‘hybrid’ technology. “The only thing wrong was the implementation,” she said, “which we have to fix now. I am also against a two-class society, but that is exactly what we would get with this new engine. “It then becomes difficult to create equality, because the systems are so complicated and you would need to look at the aerodynamics, the weight, which would only increase costs. “It would be better if we did not go that way,” Kaltenborn added.