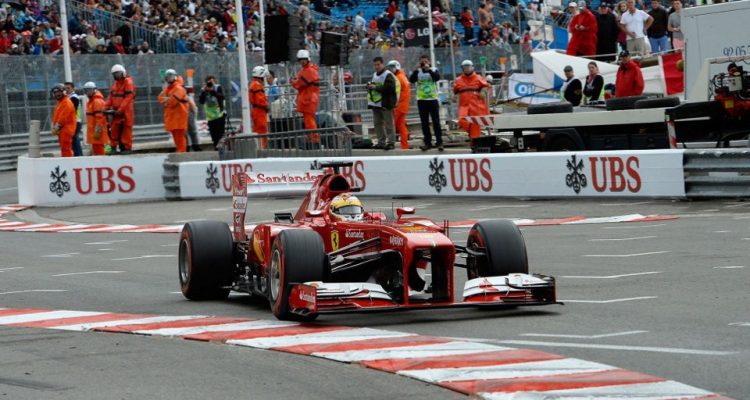 Not the best day at the office for Ferrari team members, as drivers struggled with the grip levels and mechanics were put the test by Massa who crashed in free practice three.

“Unfortunately, today did not go as we had hoped, even if we tried our very best. We weren’t as competitive as in the first two free practice sessions on Thursday, but I don’t think we can lay the blame for this step backwards on the cooler temperatures, because the conditions are the same for everyone.

There was less grip today and on the Softs, maybe we struggled a bit more this morning. I think it’s much simpler than that and we struggled to adapt our car to this very special track, so different to all the others. We usually go better in the race, but it’s a different story here because it’s almost impossible to overtake.

This is a race where anything can happen, and we need to be very careful at the start to avoid ending up stuck in a pack.

Fortunately, the Mercedes are on the front so that my closest rivals in the classification are not too far, with Kimi starting next to me and Vettel just one row ahead. Let’s hope I can pass both of
them so that they can’t pull further away in the championship.

I feel sorry for Felipe, as the team did its very best but could not get him out in time for qualifying. I am well aware how starting from the back of the grid here in Monaco can make a difficult race even harder. However, I hope he can do well and that together we can bring home as many points as possible”. 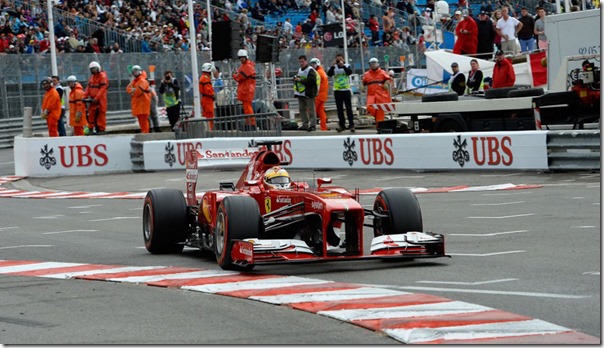 “I am disappointed not to have been able to take part in qualifying and it was really frustrating. This morning in the final practice session, I braked on a bump, the car bottomed and unexpectedly both front wheels locked up and from then on, there was nothing I could do. After hitting the guardrail I was waiting for the next impact with the barriers. Fortunately I’m okay, I’ve just got a bit of muscle strain, but the car was very damaged and the mechanics efforts to try and repair it in time came to nothing. It was a lot of work for the team, they all made a huge effort and for this I really want to thank them.

It’s a real shame starting from the back, especially on a track where it’s so difficult to overtake, but now we need to be optimistic and concentrate on tomorrow’s race. There will be a lot of work to do to assess if we need to change something in terms of set-up and strategy, to try and come up with something different which might give us an advantage. We know we are starting from a very difficult position, but the race is long and anything can happen. We will try and make the most of any opportunity, pushing to the maximum as usual”.

“Not an easy day, as we faced an uphill struggle right from the morning, when Felipe had his accident in the third free practice session. The team raced against time to repair the car so that he could take part in qualifying, but unfortunately there were too many damaged parts at the front and rear, so that required a lot of work and there was just too little time to get it done. Qualifying in the wet in Monaco is always interesting, as one has to pay particular attention to the traffic, the yellow flags and the changing track conditions, especially on days like this when the rain comes and goes.

The drop in temperature partly compromised our performance and with Fernando we also had a few balance problems: both these factors prevented us getting the result we were hoping for, even if it can be said that the final classification did not throw up too many surprises compared to previous races. In Q2, the decision to switch from the intermediates to the Super Soft was taken at the right moment: in the final stages, the track was dry in parts but the pace of the Mercedes and Red Bulls was very good.

Tomorrow we will be fighting against the statistics as the winners here have nearly always started from the front rows, but we will try and make the most of any opportunity that comes our way to move up the order”. 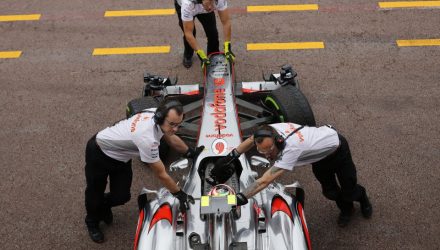 McLaren was the  team that has done a fantastic job so far this weekend or at least this was the opinion of one the drivers. Sergio Perez: