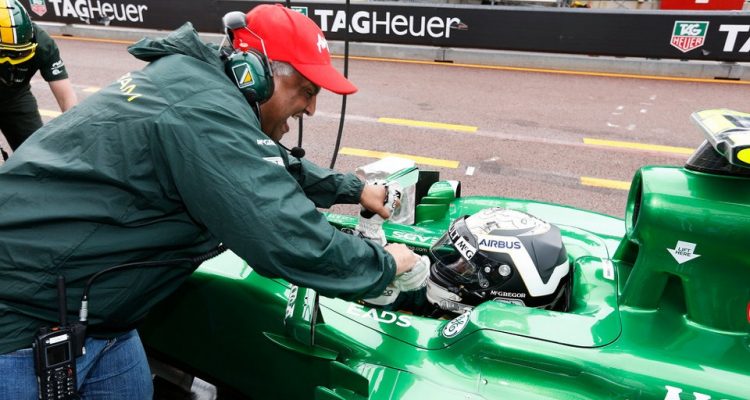 Today was a good day for the Caterham F1 Team as they managed to get the best starting position of the season after Giedo van der Garde qualified 15th ahead of Williams Pastor Maldonado and Force India’s Paul di Resta.

“First I want to say well done to Giedo and the whole team for the job everyone did today. It’s obviously a bit disappointing I wasn’t with my teammate in Q2 but it was very close and the team did a good job to give us both a chance today.

“This morning, FP3 was all about understeer for me. We started the session with quite a long run on the softs and the car was understeering everywhere, so we spent most of the session trying to dial that out and get a better balance. By the end of the session it was improving but even on the supersofts I still wasn’t really getting everything out of it.

“In quali we went out early, first cars on track, and put in a good run on the inters with the times coming down throughout the session. We made the call to come in for a new set of inters with about five minutes left of Q1 but I couldn’t quite get enough out in the last sector due to traffic, but 18th is still OK around Monaco. We’ve had good pace on the long runs here, and very good degradation levels on the tyres, so let’s see what happens tomorrow.” 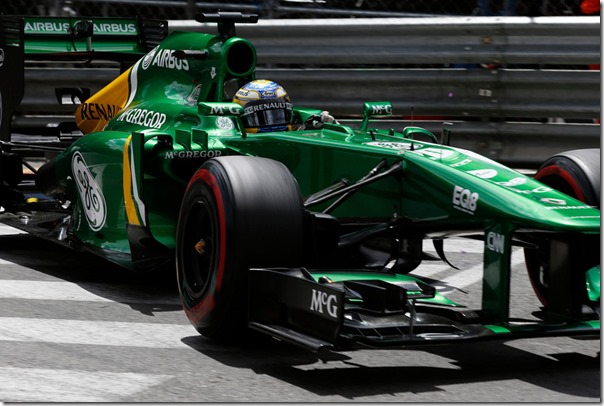 “I’m obviously very pleased to put my name into the Q2 timesheets for the first time this year and I want to thank Tony, Cyril and the whole team for the jobs everyone did today. Honestly, it’s a great feeling, but it’s still part of the learning process for me. I’ve said since the start of the season that I’d make progress, and today showed how far we’ve all come in just six races, and there’s more to come.

“Saturday started pretty well and in FP3 we went out for a long-ish run on the softs straight away but, like Charles, for me the car was understeering a lot. I was having to use throttle to help turn the car so we made a couple of mechanical changes and from then it was a bit better, but the tyres weren’t really coming in as much as we’d have liked, so we tried another mechanical change for quali and the results are pretty obvious!

“In Q1 we went out very early as there were reports of more showers coming. As it turned out that wasn’t the case, but we timed the stop well and had about four more quick laps on the inters at the end of Q1, enough time to put myself into Q2.

“Q2 started with a bit more rain, so we again went for the inters, but after one lap I thought it was dry enough for slicks so we boxed, went onto the supersofts and was the first car to make the switch. For a while we were looking at Q3, but that’s not where we are performance-wise yet, so we’re all really happy with Q2.

“Sunday could be very interesting. I start between the two Williams cars of Bottas and Maldonado and I’ve had good starts all year, so hopefully I can have another good launch, avoid anything like the GP2 mess on Friday, and from there anything’s possible. I finished on the podium here last year in GP2 and, while that’s not going to happen this year, we will definitely be racing quite a few cars all afternoon.” 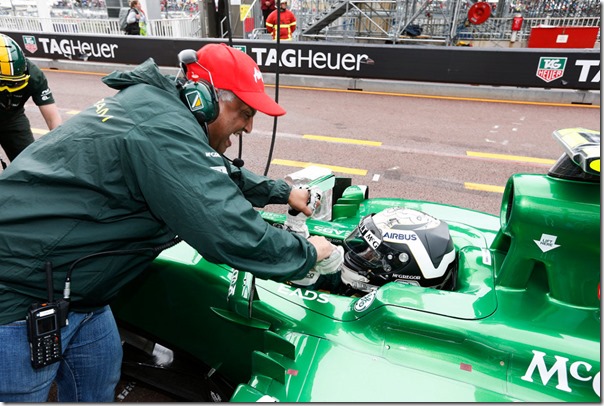 “This is one of the good days, the best so far this year for our team. Personally, I’m proud of the work everyone is doing to give us moments like seeing Giedo’s name in Q2. He drove very well, showing how he much he keeps developing and how he’s brave enough to be the first driver out there to make the call to go for it on slicks in what were still very tricky conditions on track. Both he and Charles have been driving very well all weekend, minimising the mistakes and pushing when they need to and Charles was unlucky not to join Giedo in Q2. However, he also showed his talent by being right in the mix in Q1 until the flag fell and with the pace and racecraft he’s shown all year, particularly in Bahrain and Spain, he’ll be right in the action tomorrow.

“This is another small step in our ongoing development, another reason why we are all here working so hard to be part of the show, and I want everyone in our team to use this as another source of motivation for Sunday and the rest of the season. We obviously have the main task ahead of us tomorrow, but days like this are why we’re in this sport, and to have our first Q2 of the year when Tony’s on track with us makes this a very special day.”