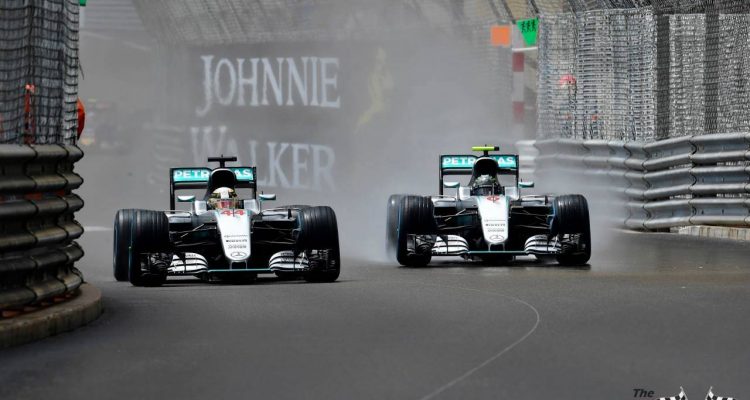 Why Lewis Hamilton is the man to beat in Montreal

Lewis Hamilton is back in the race for the World Championship title.

After qualifying third for the Monaco Grand Prix, many believed that Hamilton would lose further ground to Mercedes team-mate and championship leader Nico Rosberg.

But in an unexpected turn of events, Hamilton passed his team-mate and eventually benefited from some lax pit work at Red Bull to snatch the lead from Daniel Ricciardo – an advantage that he maintained throughout the race.

It was a controlled performance from Hamilton in tricky conditions but the defending champion showed his mettle to narrow the gap at the top to just 24 points. Next up is a trip to Montreal for the Canadian Grand Prix – one of the Briton’s favourite circuits on the Formula One calendar. To date, Hamilton has won this race four times, with only Michael Schumacher (7) topping the podium more times than the current world champ.

And it would take a brave man to bet against Hamilton in Montreal. The Briton has the bit between his teeth and is looking to pile the pressure on Rosberg ahead of the main bulk of European races. At the time of writing, Hamilton is priced at 6/5 to record his fifth Canadian Grand Prix victory in Bet365’s Formula One betting markets and the world champion will be buoyed by his recent success in Monaco.

Montreal is an interesting circuit, with plenty of chances to overtake and Hamilton will relish the chance to close in on Rosberg’s lead. While the British driver has struggled to inspire confidence at times this year, he has a tendency to turn on the style when it matters most. If Hamilton is there or thereabouts at the top of the grid, he will fancy his chances of passing Rosberg (or holding him off) throughout the race. After all, he is the better driver of the two Mercedes men.

If Lewis takes inspiration from Monaco, he could go on to win a fourth world title – which would be an incredible achievement given his young age. Many forget that Hamilton, who is still just 31 years old, burst onto the scene almost a decade ago and the British star will forever be remembered as one of the greatest Formula One drivers in the modern era. He will certainly enhance his legacy with a fantastic fifth Montreal Grand Prix success – a result that could spur him onto the Drivers’ Championship.

On his day, there’s no doubt that Lewis Hamilton is the best driver in Formula One. He usually gets it right around Montreal and racing fans from all over the world will be tuning in for the Canadian Grand Prix. Whether you’re a Hamilton fan or not, you have to admire his sheer brilliance around the circuit and there aren’t many better tracks to witness Lewis’ magic than at his beloved Montreal.