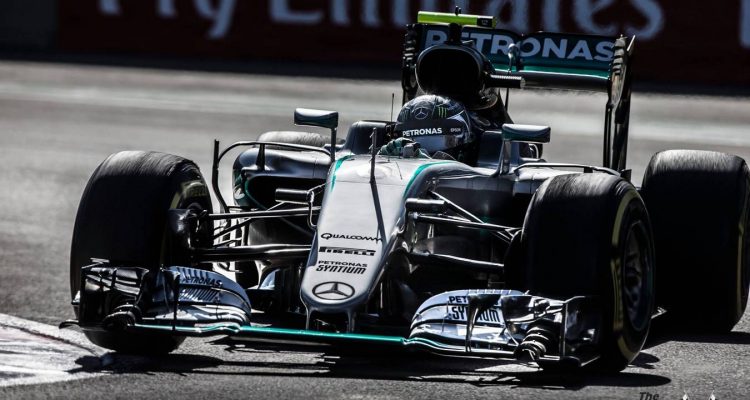 Rosberg focused on the title battle in Brazil

Nico Rosberg is determined to keep his eyes off the prize as he charges for the world championship this weekend in Brazil.

While teammate Lewis Hamilton is back in top form, it is Mercedes’ German driver who can mathematically clinch the title simply by winning at Interlagos.

But Rosberg has had a sharp focus on each race in 2016, refusing to talk about the championship with the media.

Speaking to the Dutch magazine Formule 1, he is changing nothing for Brazil. “Not thinking much about the big picture works best for me,” he explained.

31-year-old Rosberg admitted, however, that thoughts about the title sometimes wander into his mind. “Of course sometimes,” he said, “because I know of course what the points situation is and how many races are still to go. But I don’t focus on it.”

After two consecutive title defeats to Hamilton, Rosberg said he now feels ready to beat the famous Briton. “It is the experience that is helping,” he said. “This is the third year that I’ve been fighting (for the title) with Lewis.”

And he thinks his steely resolve is also helping in 2016. “I always come back strong after difficult moments. If you’re preparing for things that can go wrong, you’re ready for it and deal with it better. It’s all planned,” said Rosberg. “I take the races seriously, approaching it with discipline and trying to improve in every area.

“You do not win races by sitting on the couch and watching TV, but by fighting and giving everything,” he added.