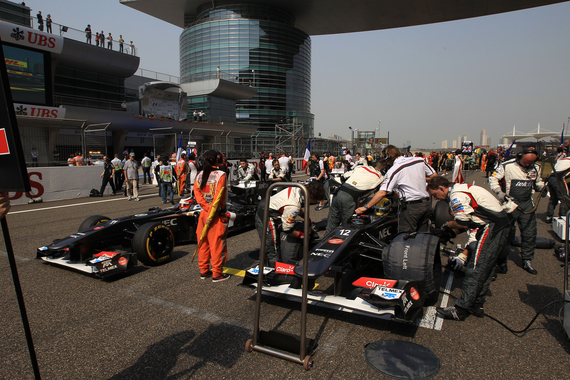 He was very strong during the first three stints, but then lost ground on his final one. The engineers will have to analyse the data to understand the reason for that. Esteban Gutiérrez made a very good start, but then on lap five lost control of his car under braking and crashed into the back of Adrian Sutil’s car. 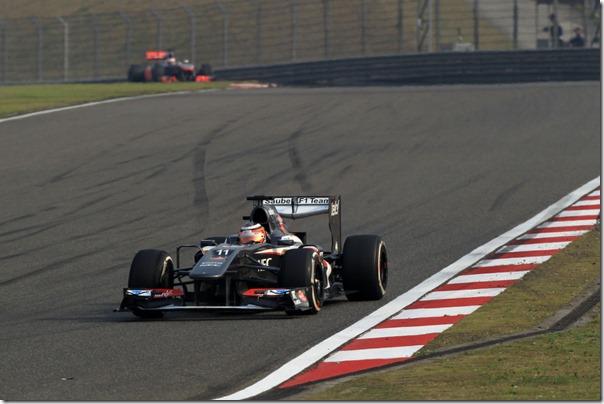 “It was quite a mixed race with mixed emotions. It was obviously very nice to be leading again, and to be at the front battling with the top teams. I had a reasonable start and some nice battles in the first couple of laps. I was able to gain some positions, but, somehow, towards the end of the race, we were losing or lacking a little bit of pace. Once you are in the lead or second you understandably hope for more. Nevertheless, it might not have been the true picture, as we were racing out of sequence with other people who were starting on soft tyres. But anyway, it was quite a good race. I don’t think the two issues I had in pit lane made a difference between winning or losing.” 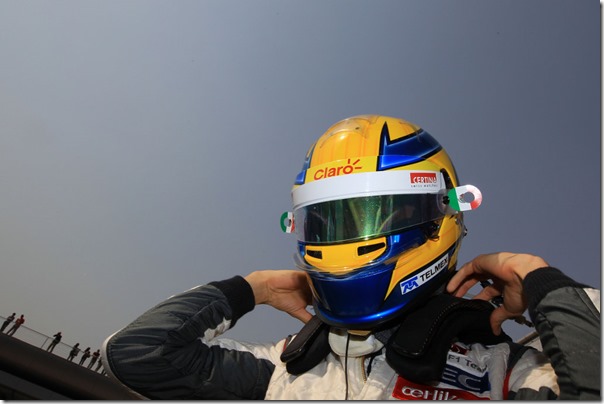 “First of all, I had a good start, and a good first lap. At that point in the race when the accident happened, we had a reasonable speed and were able to keep the pace in order to stay with the group in front. Right before going into the long straight I had Checo (Perez) fighting behind me, and I approached the corner too fast. I was braking at the same place where I usually brake, however, didn’t anticipate the loss of downforce and the amount of speed I had. I tried my best to stop, but didn’t succeed. It was definitely my fault, and I apologise to Adrian (Sutil) and to his team. It’s not a good feeling to finish a race like this, but we have something to encourage us to keep going and to keep pushing. We had a good pace, and let’s keep moving forward.”

“We are somewhat disappointed with the result, because, based on how the race went for Nico, we feel we could have achieved more. We have to investigate why the performance was not as expected in the final stint. Concerning Esteban, he made a very good start. Unfortunately he lost control of the car under braking which finished his race. So he lost the opportunities which for sure he would have had during the race. For us as a team it’s important to see that the technical measures we have taken for this race are right, and we have to continue working in that direction.”

“After a strong first lap, Esteban’s race ended on lap five. Nico’s  pace in the first three stints looked strong. In the final stint we were not as quick as we wanted to be, and ultimately P10 is where we ended up. We need to review the causes of that once we get the car back. We are looking forward to the race next weekend in Bahrain.”