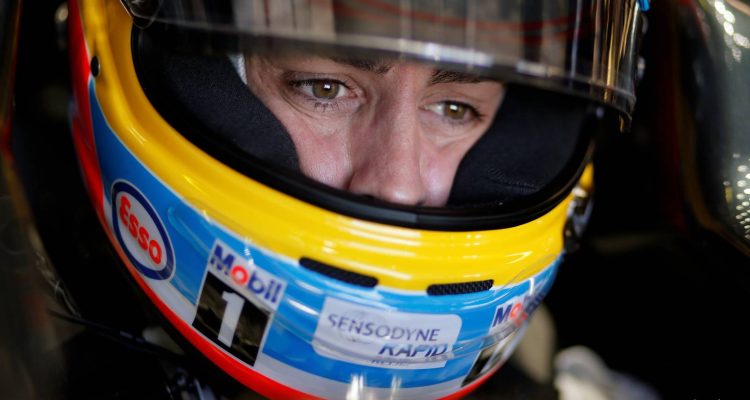 Fernando Alonso was wearing a bandage on his knee and a grimace on Monday when he bumped into Blick correspondent Roger Benoit at a Melbourne beach.

“I slept badly and have sore ribs,” said the Spaniard, who had flipped and rolled his McLaren-Honda a day earlier after running into Esteban Gutierrez at 300kph.

The entire world of F1 and beyond was relieved to see Alonso otherwise unscathed, and pondering what next step F1 needs to make to improve safety.

For instance, as the smashed remains of the car had landed upside-down, Alonso was able to quickly climb out of the open cockpit “as I knew my Mum would be watching on TV”.

But if his car had the FIA-supported ‘halo’ device fitted, as the entire field might in 2017, would Alonso have been able to get out quite so quickly?

“It’s an interesting question that we will have to consider,” Alonso admitted, according to Auto Motor und Sport.

But Alonso’s teammate Jenson Button says what happened on Sunday, and the fact that ‘halo’ might have prevented such a quick escape, is in fact, no argument against the concept.

“People talk about fire, but how many fires because of accidents have we seen in recent years?” the Briton is quoted by Speed Week.

“Ok, in an accident like Fernando’s it would have taken a little longer for him to get out, but the most important thing is that Alonso is ok and the much greater risk is a driver being hit on the head.

“All other discussions are pretty irrelevant,” Button added.