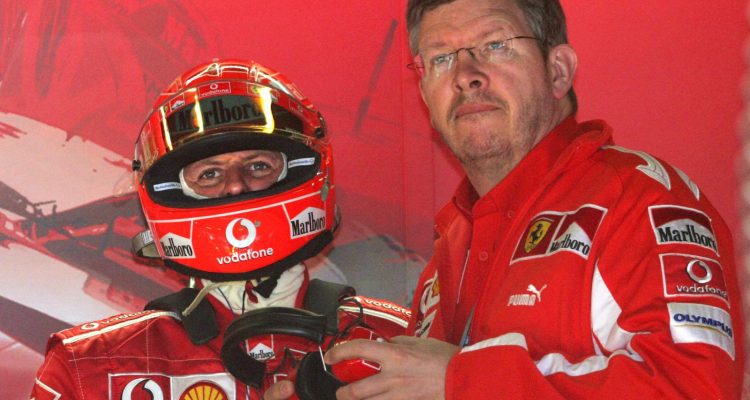 One of Michael Schumacher’s closest friends and former colleagues says there is still “hope” the F1 legend will recover.

As the two-year anniversary of the former Ferrari and Mercedes driver’s horror skiing accident looms, official news about his condition has now completely dried up.

The latest media reports indicate that Schumacher, listed at the height of his powers in F1 as weighing 75kg, has lost a staggering 30 kilograms, with his round-the-clock medical treatment now costing the family some $150,000 a week.

Ross Brawn, a prominent management figure throughout 46-year-old Schumacher’s record-setting successes, says he keeps in touch with his friend.

“We try and keep a balance of going to see him against calling and not being a pain,” he told the Daily Express newspaper. “I’ve been to see him a few times. Corinna calls me occasionally and keeps me updated,” Brawn revealed. “We just keep praying every day that he’ll recover to a stage where … it’s slow, but there’s always hope.”