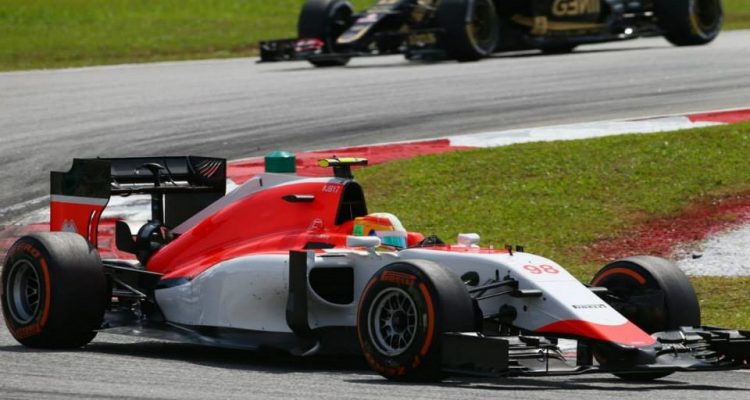 Manor has dismissed as “nonsense” rumours it only had the ability to run one car at a time last weekend in Malaysia. 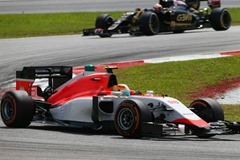 The governing FIA and F1 supremo Bernie Ecclestone had reportedly warned the resurrected former Marussia team after Australia that another weekend spent silent in the pits would not be tolerated. Engines duly fired at Sepang, but only Roberto Merhi actually took to Sunday’s grid, as the sister car driven by Will Stevens succumbed to a “fuel system” problem before qualifying that could not be fixed for the race.

According to the paddock grapevine, however, there is more to the story. Ecclestone had slammed as “disgusting” Manor’s 2015 campaign so far, amid rumours the team is only showing up at races to collect millions in official prize money it qualified for last season. So after Manor failed to get either car running in Melbourne, the suggestion now is that the team only had the means to run one car at a time in Malaysia.

According to Auto Motor und Sport’s Michael Schmidt, that may be because Manor only had a single copy of the 2015 engine software necessary to run last year’s customer Ferrari power units. So while it was possible to run one car one at a time in practice, once the parc ferme regulations came into force for qualifying and beyond, one driver – Briton Stevens – was permanently relegated to the pits. Deputy team boss Graeme Lowdon dismissed the rumours as “nonsense”, but Speed Week also reports that Manor is currently little more than a shell of a team, with a mere 30 employees working at Dinnington.

But Force India’s Bob Fernley, having earlier blocked Manor’s attempts to field fully 2014-spec cars this season, confirmed the suspicions of the paddock that running just one car in Malaysia was a “clear strategy” by Manor.