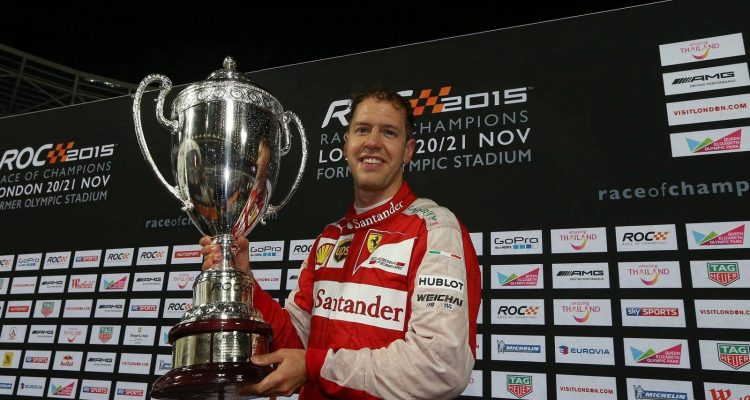 2015 was almost a dull season in Formula 1, not because the racing action was any less than spectacular, but because the winner was essentially a forgone conclusion from day one.

Lewis Hamilton had something of a stranglehold on the sport heading into the year, and with Sebastian Vettel in the first year of his career with Ferrari, there wasn’t much expectation of a legitimate challenge.

But there are a few indications already that 2016 could bring about a closer campaign with some legitimate intrigue at the top of Formula 1. So let’s take a look at the top contenders as things stand right now.

It’s simply illogical to think that anyone but Hamilton will enter 2016 as the favorite. Now with three world titles to his name, Hamilton is staking his claim as one of the greatest F1 drivers we’ve ever seen, and his Mercedes team is currently the standard in the sport. However, despite the ease with which he won this year, the last few races actually offered cause for concern.

In fact, the F1 section at ESPN recently posted an article about some of Hamilton’s struggles in the final races of the season, and a few quotes from Hamilton were disconcerting for anyone expecting or hoping for another dominant run in 2016. Hamilton indicated he had problems with his car, and that he expects some of the mechanical issues with Mercedes to continue into next season. He’ll sit down with his engineering team and try to iron out the issues, but the comments weren’t terribly encouraging.

Son of Keke Rosberg and always a fine competitor himself, it’s always seemed as if Rosberg ought to get in on the mix for a championship. However, his placement as the number-two man for Mercedes makes that pretty difficult as long as Hamilton is around. And yet, the end of the 2015 season offered a glimmer of hope for Rosberg.

Once Hamilton already had the title mathematically sewn up, Rosberg caught fire and won the final three events of the season—which pretty much no one saw coming. Quoted at BBC Sport, Rosberg himself seemed baffled about his success at the end of the campaign. He admitted that he was unsure how he beat Hamilton in the three races. That doesn’t quite sound like a man who expects to turn late-season success into a championship run in 2016, but the form was undeniable. Rosberg ought to be a contender, particularly if Hamilton continues to feel shaky about his ride.

And then there’s Vettel. Truly one of the all-time greats, he’s been overtaken by Hamilton in recent years. However, plenty of fans and analysts think the changing of the guard might only be temporary. Vettel frankly did better than a lot of people expected in his first season with Ferrari, and he ended up finishing third in points. And the comfort level he displayed as the season progressed must have Hamilton supporters concerned.

In a Betfair Betting preview of the Abu Dhabi grand prix at the end of the season, it was mentioned that Vettel was hot on Hamilton’s heels in Brazil, and that the race might show the true standing between the two competitors. In other words, keen observers believe Vettel is just a hair behind Hamilton and trending up going into his second season with Ferrari.

Anything can happen between now and the beginning of the 2016 season, but really, it’s a fairly quick turnaround. And if the end of this past season is any indication, Hamilton won’t be the dominant favorite he was in 2015, even if he has an edge. Don’t be surprised if Rosberg makes the Mercedes team somewhat tense, or if Vettel regains supremacy in F1.