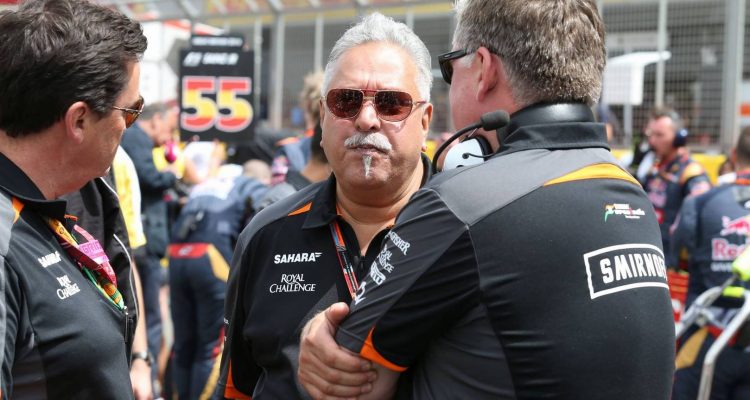 Already, the Indian government was moving against the former billionaire over huge debts from the collapse of his airline Kingfisher.

Mallya, the Force India team principal and co-owner, has been absent from all three grands prix so far in 2016, and his passport has now been suspended.

As an arrest warrant was issued by an Indian court last week, it is suspected the 60-year-old is in Britain.

So the news agency AFP now reports that India’s financial crimes division, the enforcement directorate, is seeking for Mallya to be deported.

“We have been given enough indication that he is indeed in the UK,” an Indian government spokesman said.

“We have written to the (British foreign) ministry for assistance in the deportation of Mr Mallya as the process would involve using diplomatic channels.”

Force India’s other co-owner and title sponsor, Subrata Roy, is already in jail.