Kimi – “There is a real buzz around the new car” 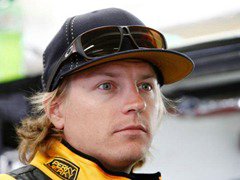 Kimi admits he is delighted to be “locked” at Lotus Renault factory finalizing the development of the car. "Return to Formula 1 feels good and I hope that is for the team and the fans too" he said.

Raikkonen has occupied his mind with only one thing in the latest weeks: Formula 1. The Finn driver, has been deeply immersed in this preseason with the Lotus Renault Team, and he explained that "return to Formula 1 feels good and I hope that is for the team and the fans too."
During last Thursday  we have learned that a new seat was made for him at the  team’s factory in Enstone. Kimi said that the new seat and the car feels weird because it’s "a little small, but this is normal" after passing through the Rally."You spend very much time sitting in the car, so the position is really crucial, has to be 100% correct. It will be nice to compete, again"he said.
This it is a decisive period of the season as every team must lay the foundation for the rest of the year-long competition that a waits every pilot. Raikkonen knows it and he’s enjoying every minute. "I love this time of year in the factory. There is a real buzz around the new car, each department is working hard to get everything ready," he said