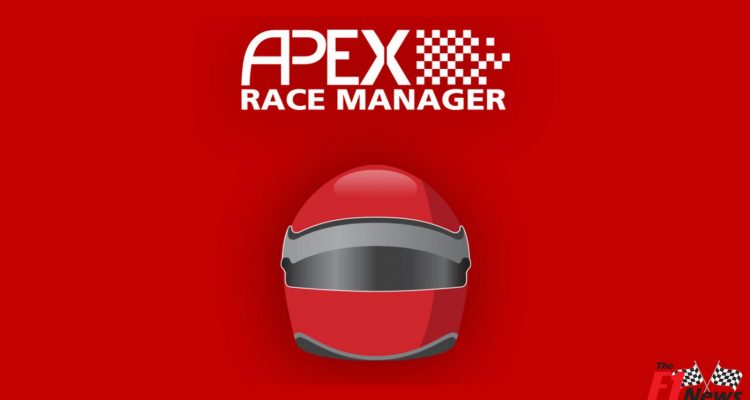 What’s in a name? A fair bit if you’re Formula One Management (FOM) who for some reason had a problem with Beermogul Games’ debut racing management sim, Formula Legend. The lawyers didn’t like a lot of things about it, so after two name changes, it’s now called APEX Race Manager.

Thankfully, that doesn’t seem to have dented the developers’ enthusiasm for the game because over the years it has evolved into a formidably addictive mobile game, available on both iOS and Android.

The sport you know and love is clearly recognisable but in a nod to Geoff Crammond’s classic Grand Prix where the names had to be changed to protect the sensibilities of the litigous, driver and team names are tongue in cheek sound-a-bit-alikes. It’s all a bit tedious, but that’s Bernie. Perhaps the new regime will look a little more kindly on APEX? Please?

As with Crammond’s classic, the fans don’t care about the names because it’s a terrific game.

The original APEX had a fairly sparse look and feel but there was a clear depth to the data that underpinned a well-balanced simulation. The well-worn path of choosing a driver name and then being offered a contract with a lowly team is present and correct and then you’re into the season.

As the rules have evolved, so has the game. With a freshen up for 2017, APEX is now also aligned with the latest tyre and fuel rules, so you have to choose the right strategy to have any hope of winning. Tyres are very important and when you’re in the race, are the trickiest bit to manage. Throw in changeable weather (oh yes indeed) and it gets even harder.

The race screen is well laid-out, with a leaderboard down one side, track layout, weather, your position and laps remaining all prominent. The fuel gauge starts at 100 litres worth of fuel and down the bottom are the two most important controls and the most critical gauge – tyre wear. Next to the tyre (with the correct colour bands) is a pit-in controller, tyre wear indicator and the driving style control.

These three are the crux of the game and there’s a surprising realism to the strategy. The races are certainly more chaotic than reality – you certainly wouldn’t want the snore-fests that some of the actual races are – but there’s a mix of weather conditions, errant competitors and even various challenges during the race where you steer and brake the car through ping-ponging backmarkers or through a hairpin (you can ditch those to save time).

It’s much harder in the wet, too, and pit stops require quick work with the thumbs as you tap the highlighted tyre and get it changed. Each of the in-race challenges can win or lose you time, right down to hitting the throttle after the five lights go out.

Some sims suffer from being too dull to sit and watch while you’re on the go, but with the ability to set the driver’s aggression level, with the attendant effects on fuel and tyre consumption – you can win from anywhere and be busy during the whole race, which takes two or three minutes at a time. It’s a perfect, bite-size experience.

Between races you can use your winnings of money and in-game currency Bux to upgrade your race engineer, aero, tyre wear, fuel use, exhaust tech and also buy a fuel boost, perhaps the only real “cheat” in the game. None of them are mandatory to win, but they help.

APEX is free to play and you can upgrade to Pro and buy Bux in the App Store but, again, neither are mandatory to have fun. The Pro level does increase the complexity and therefore the fun and for not very much money and you can rename all your teams and drivers. To the real ones, if you like, just don’t tell FOM.

Beermogul is active, too, even selling out a fridge magnet set a couple of years ago and you can grab the free iMessage sticker pack for iOS. The team knows the sport, too, making plenty of amusing references to notorious incidents like Multi-21 and Webber’s reputation for poor starts. You can’t half tell they’re Australian.

APEX isn’t the most polished game on iOS or Android, but it’s by far the best racing sim. It blends a depth of knowledge and modelling with a functional interface populated with homespun graphics. The genius is in the real feel of having to run a race strategy – your driver isn’t perfect, you can’t have him going flat out for the whole race or he’ll spin off and burn the tyres or run out of fuel.